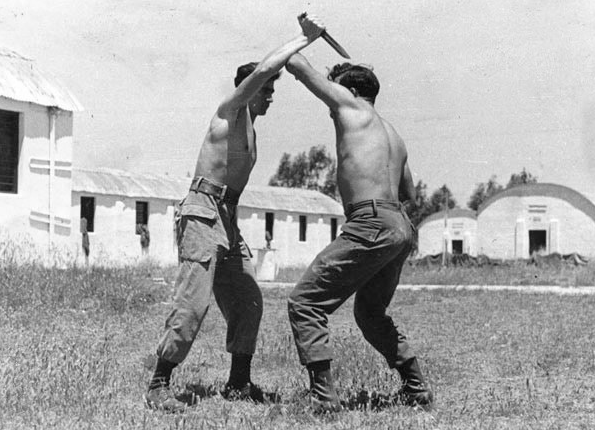 Krav Maga (which is Hebrew for “contact-combat”) is a fighting and self-defense system that features techniques from a wide range of martial arts, including boxing, Judo, wrestling, Aikido, and Karate. Originally developed by Imi Lichtenfeld for the Israel Defense Forces in the 1930s, Krav Maga techniques were first adapted for civilians in the 1970s. Since then, its reputation and teachings have spread across the globe.

Krav Maga is practical and it’s relatively easy to learn. It takes the most basic and effective techniques from other fighting systems and applies them to real world situations. Krav Maga also encourages awareness of your surroundings and conflict avoidance. Its simple philosophy and learning curve combined with its powerful techniques have made Krav Maga a popular self-defense training option for civilians and combat specialists around the world. 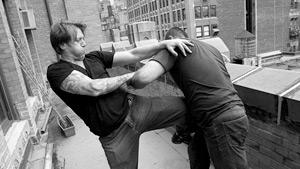 Krav Maga lessons are a form of high-intensity training that includes rigorous striking and other challenging aerobic activity. Regular practice in this fighting method can burn calories, build and tone muscles, improve your mental state, and reduce stress. It can also be fun! This has made Krav Maga popular among fitness enthusiasts as well.

Krav Maga has no competitive circuit for civilians. Its techniques, which stress defending yourself by all means necessary, are not always legal for the purposes of sports martial arts. The IDF did start holding Krav Maga competitions for elite units in 2013, though.