Celebrating Some Of Our Favorite Positive Role Models In MMA 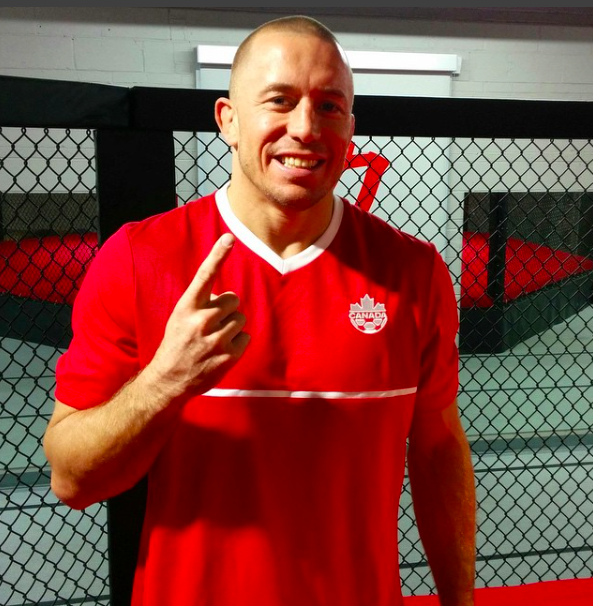 Last weekend was a bittersweet time for many mixed martial arts fans. On one hand, UFC 229, which took place at the T-Mobile Arena in Las Vegas on Saturday, October 6, shattered the UFC’s previous PPV record by almost 1 million buys, and brought a significant number of new eyes to the sport. On the other hand, those new eyes and new buys weren’t necessarily treated to the best example of what MMA can and should be thanks to the circumstances surrounding the main event Lightweight title fight between defending champ Khabib Nurmagomedov and challenger Conor McGregor.

The feud between the two high profile UFC stars — which has been fuelled by bad blood, offensive trash talk, and ugly tabloid antics — has long been a concern for fans who prefer some respect and bushido in their martial arts competitions. And those fears were realized when Nurmagomedov’s decisive submission victory over McGregor in the fourth round was quickly marred by a massive brawl between both men and their respective teams.

Instead of focusing on this disappointing turn of events, we’d like to direct our attention to more positive things. While a few recent UFC events may have favored spectacle, trash talk, and legitimate bad blood over more traditional martial arts values, there is still plenty to admire in MMA as a whole. So we’d like to dedicate this week’s blog to celebrating three of our favorite role models in MMA today.

Michelle Waterson, “The Karate Hottie,” first fell in love with martial arts when she watched her brothers participating and decided that she wanted to join in. At 21, the Karate and kickboxing star made her professional MMA debut with a unanimous decision win at Ring of Fire 28: Evolution in 2007. Waterson’s road to the top hasn’t been easy since then. She’s faced some injuries and needed to take time away from the sport when she was pregnant with her now seven-year-old daughter. But Waterson has slowly but determinedly worked her way up to the highest ranks of women’s MMA. The former Invicta FC Atomweight champ cemented her status as one of the top contenders in the UFC’s Strawweight division with a unanimous decision win over Felice Herrig at UFC 229.

Throughout it all, she’s remained humble and a true representative of the respectful competitive spirit of MMA. Now she’s passing those lessons on to her daughter — and to the rest of us — both in and out of the Octagon. “She’s starting to understand the fight game a lot more. She’s curious,” Waterson told Bloody Elbow about her daughter’s exposure to MMA last year. “Here in Kansas City we ran into Rose Namajunas and [Namajunas partner] Pat Barry, and she said, ‘Mom, aren’t you fighting her?’ And I said, ‘Yes, baby. You don’t have to hate someone to fight them.'”

She also gleefully hugged Hérica Tibúrcio after tapping to her guillotine and losing her Atomweight belt to her at Invicta FC 10 in 2014, which remains one of our favorite examples of good sportsmanship in the history of MMA.

GSP’s origin story reads like a great martial arts film: when he was seven years old, he turned to Kyokushin Karate as way to help him deal with a bully — and he ended up excelling at it. When his sensei died nine years later, St-Pierre began adding wrestling, Brazilian Jiu-Jitsu, and boxing to his arsenal. At 21, he began his incredibly storied and decorated career as one of the top pound-for-pound fighters in MMA history.

Throughout it all, he’s remained the kind of hero that you might find in one of those martial arts films, too. He’s remained ego-free and sometimes even self-effacing. If you’re ever looking for a challenging workout that’s also entertaining, for example, give his Rush Fit DVDs a shot. Not only are the workouts excellent, he’s also completely charming while doing them, and watching a world class athlete struggle to get through certain moves — and laugh at himself while doing so —is actually really encouraging. There’s no shame in finding a move hard if GSP does, too! That same humble attitude (and charm) is evident in all of his interviews and public appearances.

GSP also contributes to a number of charitable causes and remains committed to being the best possible role model that he can be for the next generations of fighters. And he’s doing some great work when it comes to reminding people that dinosaurs are cool.

Former UFC Strawweight champion Joanna Jedrzejczyk’s previously playful pre-fight trash talk took a more cruel turn as she prepared for her title defence against Rose Namajunas at UFC 217 in November 2017. At one point, Jedrzejczyk went so far as to suggest that the #1 contender wasn’t mentally fit enough to be the champion. Instead of snapping back or crumbling in the face of this obvious attempt at head games, Namajunas decided to go off and quietly do some research about mental health instead.

What she learned inspired her — and, arguably, gave her the mental edge necessary to easily topple the once-dominant Jedrzejczyk, winning the title via TKO at just three minutes and three seconds into the first round. Her post-fight speech immediately struck a chord with a fandom that was, at least at the time, tired of mean and obnoxious antics.

“There’s so much crap going on in the media, news, and stuff, I just want to try and use my gift of martial arts to try and make this world a better place and to change the world” she said. “This belt don’t mean nothing, man. Just be a good person. That’s it.”

She later added “I feel like a normal person, man. That’s it. I’m just regular. Ain’t nothing special here.”

She’s kept her belt and her ideals ever since, becoming one of the best pound-for-pound fighters in the UFC, one of its most lovable heroes, and a powerful spokesperson for mental health in sports and beyond.

Who are your MMA heroes? Who are your martial arts role models? Let us know in the comments!

And don’t forget to check out our online store. We’ve got all of the MMA supplies you’ll need to train just like your role models — or become a role model yourself!