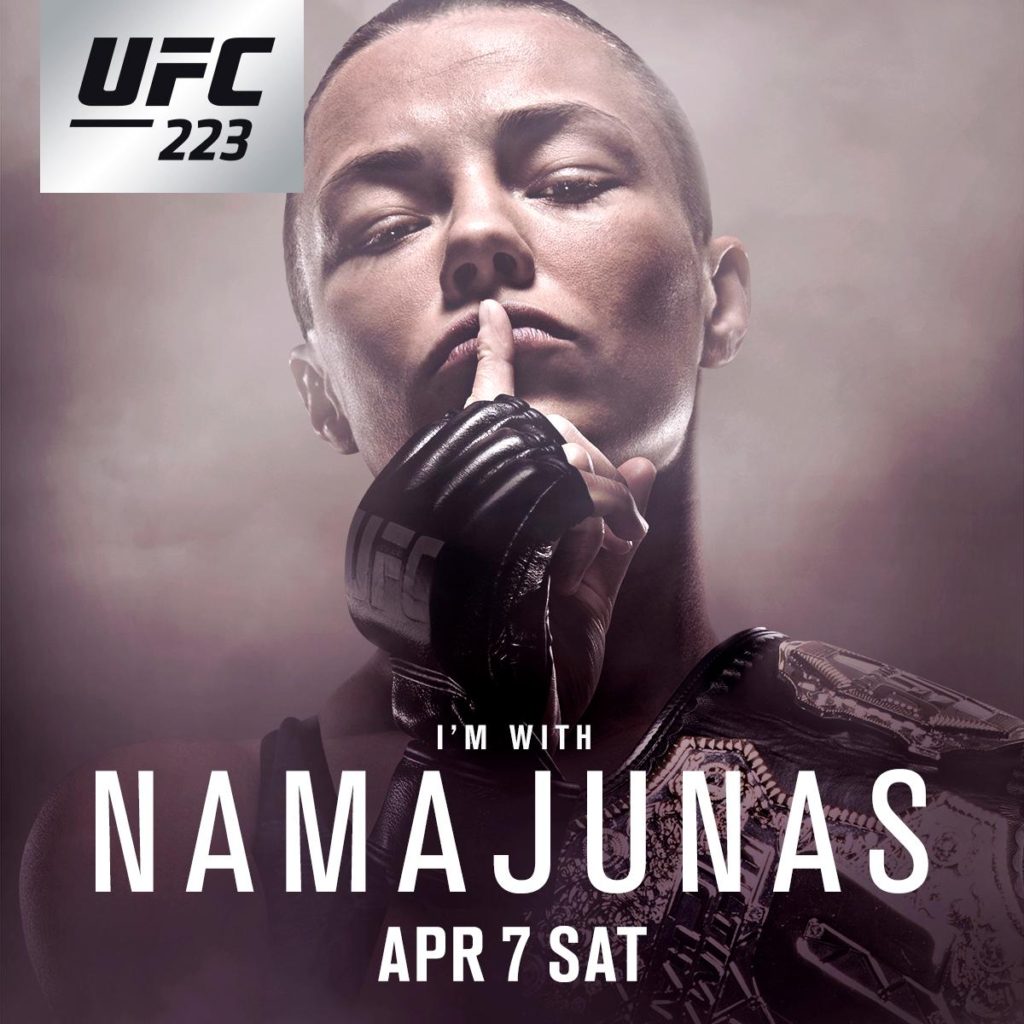 During a conference call to promote their fight at UFC 217, the then-reigning UFC Women’s Strawweight Champion Joanna Jedrzejczyk delivered a blistering assessment of challenger Rose Namajunas’s psychological state last October. “Listen, you didn’t want to do media, you didn’t want to do extra media — how are you going to be a champion and deal with all the things?” Jedrzejczyk sneered. “You know what, you are not strong mentally.”You are mentally unstable and you are broken already and I will break you in the fight.”

Jedrzejczyk had once been a playful trash talker, goading her opponents with cheeky gifts and slightly snarky quips, but this attack was different. It was mean and it crossed the line. It was also, as it turns out, a terrible miscalculation on the champ’s part.

Namajunas has always been an earnest and thoughtful fighter. Even in a high pressure environment that has been specifically designed to create drama, like a reality show  (she was a contestant on The Ultimate Fighter: A Champion Will Be Crowned) she remained respectful and serious. And Jedrzejczyk’s goading was no match for her uniquely positive attitude. Far from undermining her confidence, it actually inspired her both in and out of the Octagon.

Seeing this shot as a chance to speak seriously about mental illness, an issue very close to her heart, Namajunas said the following on the MMA Hour the next day:

“Joanna can say I’m mentally unstable and this and that — and she might be right. I have a history of it in my family. I think that’s what makes me so great of a fighter. I’m crazy as h*ll. And fighting helps me with that. I think if more people would hit a bag and more people would train martial arts the right away, I think there would be less tragedies in the world and less f**ked up things that would happen.”

Namajunas went on to address her beliefs in more detail in an interview with USA Today just a few days before her fight, essentially turning her title shot into an opportunity to bring awareness and understanding to a sensitive and still woefully misunderstood issue.

“I grew up with lots of anger, frustration and violence in my heart. In my childhood, I was [sexually] abused. There was a lot of drugs and violence around me. I come from a place of lots of turmoil,” she said. “I have overcome some demons in my path,” she said. “Every day I wake up and I’m [a] champion, so that’s just my mindset all of the time. I think this fight could be a great [public service] announcement for mental health awareness. I think I’m a champion for that. I’m so much stronger from it and I’m going to continue to be stronger.”

She also spoke of her desire to see MMA, which has become increasingly overtaken by flashy showmanship and cruel trash talk in recent years thanks to stars like Conor McGregor, return to its more humble roots.  “Right now, my goal is to bring my sport back to respect and honor. There’s a lot of talking and dumb [stuff] going on, especially with all of the tragedy going on in the world. This is an opportunity to show we can [empathize with] each other even if we’re martial artists.”

And that’s exactly what she did when she defeated Jedrzejczyk via knockout at just 3:03 into the first round to become the new UFC Women’s Strawweight Champion and followed up her victory with this incredible post-fight interview:

Five months after her underdog victory, Namajunas is set to defend her title in a rematch against Jedrzejczyk and it seems that one of the people she might have inspired with her traditional martial arts attitude is actually the former champ herself.

In a recent interview on The MMA Hour, Jedrzejczyk admitted the pressure she had put on herself to remain undefeated had started to undermine her confidence. She believes that first professional loss against Namajunas has made her a better fighter, though. “Now I feel like, just deal with it, and I’m not afraid of losing. It’s not going to happen, but I’m not afraid of losing. I want people to see me as a human, that I was not only born for being at the top. I was born for that, but not only for this — I’m real, you can touch me. I’m real, I’m not created,” she said.

“I want to dedicate this fight to people who have failed, and they don’t have the strength to rise. I want to show to them that even if you fell from the highest [stage], you can rise, you can be back. Take you life in your hands, man. Go through every day and rise. It’s life. It’s life, that’s the thing.”

In the meantime, Namajunas continues to be the kind of martial artist she wants to see in the world, focusing on her own training and philosophy, and staying positive and thoughtful about what’s ahead. When asked about how Jedrzejczyk handled her loss, she instead chose to talk about her own experiences with coming out on the wrong side of a fight.

“I think it’s important for all the losses I’ve had, I’ve always focused on what I could do better the next time. It wasn’t [ever] about the other person. It’s the same thing with this fight. Whatever was going on with her, I can’t control that. All I can control is myself and make sure I’m the best version of myself just like last time—and I won, in dominant fashion,” she told Flo Combat. “All the losses I’ve had, I’ve gained way more from it when I take full responsibility for what happened. So for me, it’s taught me to make sure that I’m doing everything that I can and it’s not going to be any different this time.”

She can also learn from her wins, though. And she’s prepared for another one in defence of her title when she faces Jedrzejczyk at UFC 223 this Saturday, April 7. “I don’t know what’s going to happen. All I know is I’m going to punch her in the face, take her back, and choke her out.”

Are you a Rose Namajunas fan? Are you excited about her rematch against Joanna Jedrzejczyk this weekend? Let us know in the comments!

And check out our online store for all of your own positive MMA training needs.