After the recent troubles that Jon Jones has had with the law, it really leaves the MMA fight fan searching for some fighters to admire.

I think we put too much pressure on fighter to behave in some way that we find morally suitable. It’s just unrealistic.

Most of these guys come from the worse of circumstances. They rise from nothing into super stardom in the span of months, sometimes. The very thing that makes them great fighters, that instinct, that hunger, sometimes is the thing that eventually brings them down.

Fighters have always fascinated me for this very reason.

There’s a good fight coming up with two guys that embody this condition. Jose Also vs Conor McGregor in UFC 189, July 11th.

These are two fighters that are exciting and dedicated. They come to fight. There’s no backing down in them. When two fighters like these meet there’s a great opportunity for fireworks.

McGregor comes from Dublin Ireland. He’s the first Irish person to achieve a black belt in Brazilian Jiujitsu. He was also a boxing champion in his youth and has also studied Tae Kwon Do, Karate and Capoeira. 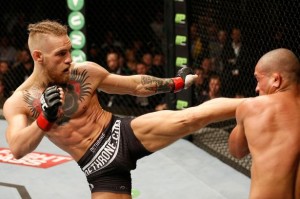 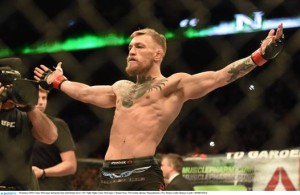 He has a no nonsense style of fighting. This is the type of guy that loves hitting people and at the same time doesn’t mind getting hit. It actually fuels him.

Jose Also has a similar story. He comes from the slums of Brazil. At 17 he left his life Manaus to go to Rio and train in Jiujitsu. He had nothing but his clothes with him. 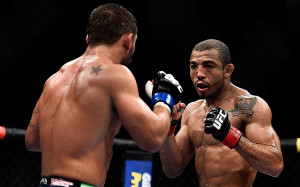 Aldo has a much more acrobatic style, often surprising opponents with moves that come out of nowhere. Early in his martial arts career he trained in capoeira and that has stayed with him through the years.

Aldo is the UFC Featherweight Champion of the World. 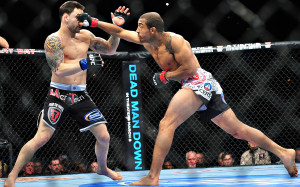 This should be an exciting fight full of ups and downs. Don’t miss it.