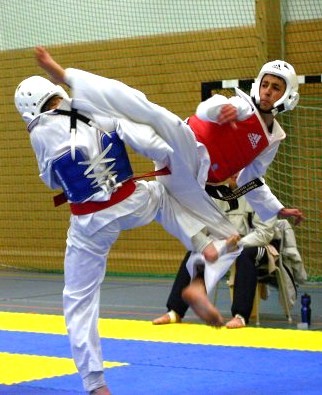 We’re just days away from the end of the 2016 Olympics in Rio, but there’s still some martial arts action to enjoy before the Closing Ceremonies. Taekwondo competition kicked off on Wednesday at the Carioca Arena 3 in the Barra Olympic Park in Barra da Tijuca, Brazil and will wrap up on Saturday, August 20.

If you’ve been watching the early rounds of that eight division tournament (featuring four weight categories each for men and women), you might have noticed that Olympic TKD looks a little different this time around. That’s because the sport has made some intriguing and innovative changes to help connect with more casual viewers and cement its position in future Olympics.

Taekwondo, which became a full medal sport in 2000 in Sydney, Australia after appearing as a demonstration sport in Seoul, South Korea in 1988 and Barcelona, Spain in 1992, hasn’t always had the smoothest run as an Olympic event.

With an eye on both ratings and fairness, the International Olympic Committee worried that the sport’s rules were too arcane for the uninitiated viewer to follow and that the judging and reffing left too much room for human error. These concerns were realized in 2008 when a couple of egregious decisions tarnished the sport’s reputation at the Beijing games.

“Taekwondo had a bad stigma after 2008,” Team USA member Stephen Lambdin told Wired earlier this week. “We came up for renewal in the 2020 Olympics. And basically the word on the wire was that the IOC said, ‘If you don’t do something in 2016, that’ll be your last Olympics.’”

The World Taekwondo Federation made its first round of changes in London in 2012, introducing new equipment that allowed for electronic scoring and instituting a new scoring system. “A kick to the head earn three points instead of one, and technical moves like spinning kicks garner an extra point. Now competitors can overcome a huge deficit with a few brilliant strikes. New penalties discourage stepping out of bounds or flopping to the mat,” Kyle Vanhemert writes for Wired.

For Rio, the WTF has added new high-tech headgear to the mix. The headgear, which is being used in competition for the first time at these Olympics, works in conjunction with the previously introduced vest to provide a more accurate measure of what’s happening in the matches. Vanhemert explains how it works in his article: “The scoring system appearing in Rio, made by martial arts equipment manufacturer Daedo, relies upon three primary pieces of hardware. The chest guards and helmets feature proximity and impact sensors. Footpads, lined with magnets, activate the sensors just before a kick lands, assessing the force and awarding a point. This data is transmitted wirelessly to the judges. […] Referees aren’t out of a job just yet. They watch intently, using handheld electronic devices to score infractions and to award additional points for technique. No matter how sophisticated the electronic scoring becomes, it never will be perfect. That’s led to the latest innovation: the challenge card, for those times when competitors disagree with the machines scoring them.”

For a brief (and perhaps only mildly informative) look at how the headgear portion of this new system works, here’s a demonstration of sorts:

The new headgear isn’t the only Taekwondo innovation making its Olympic debut this year, either. The sport also has a new fighting surface to replace its traditional rectangle-shaped competition space. This new octagonal mat, which was first used at the world championships last year, was introduced in an effort to eliminate fighters’ ability to hide in corners and encourage a more engaged combat style. At a press conference in Rio earlier this week, WTF president Chungwon Choue told the media that it was designed to make the sport “more athlete-focused and engaging for fans.” 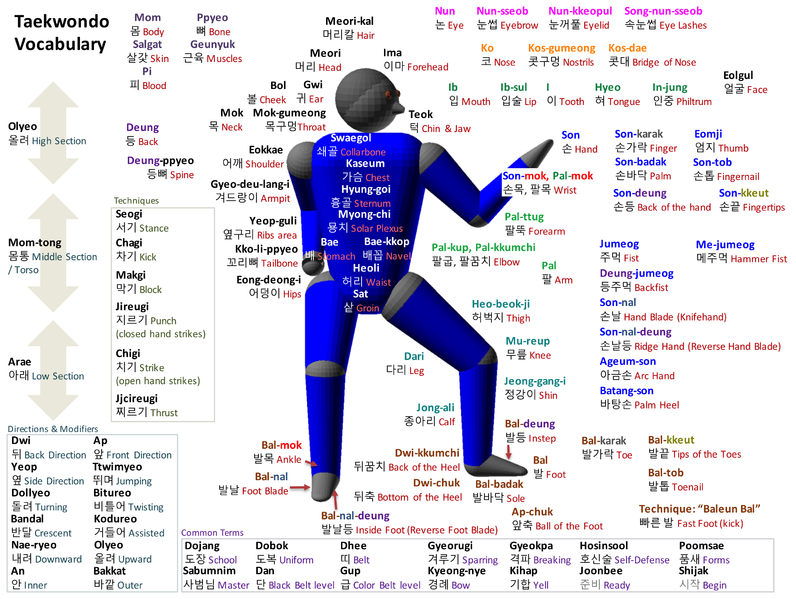 As Yahoo’s Paulo Prada reports from Rio, the athletes – or at least the victorious athletes – seem to appreciate the changes so far.

“It means your opponent has nowhere to hide,” Portuguese Taekwondo competitor Rui Bragança told the outlet after winning his first match on Wednesday. “The fight is more fluid, more active.”

We can watch how these new innovations continue to unfold in the final days of the tournament – and in the years of Taekwondo competition to come.

And if you want to do more than watch, we’ve got all of your TKD training needs covered with our extensive selection of uniforms, protective equipment, and accessories in our online store. We might not be able to monitor the number of strikes to the head (yet), but we do have a great collection of ProForce headgear options for all of your training and sparring needs.

Have you been watching Taekwondo at the Olympics? What do you think of the changes to the sport? Let us know in the comments!