Shuai Jiao is a grappling and throwing art from China. It’s the Chinese equivalent to Judo.

There are many martial arts that concentrate on the throw because it was considered the most important part of fighting. Whomever got to throw the other down usually won the fight.

The action in Shuai Jiao matches if pretty much constant and conditioning is key. There’s constant attempts at throws  and counters.

Here’s a pretty good modern match with lots of clean throws and counters:

The Chinese are big on promotional videos. I love watching these because they’re usually very cheesy. This one’s no exception. Still, that doesn’t mean the technique shown has no validity. This one has some perfectly performed throws and some of their training exercises. 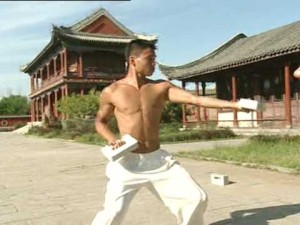 I love the stuff they do with the cement blocks.

Because of the way our bodies work, wrestling is the oldest and most common form of martial art. Almost every culture has a version of it. 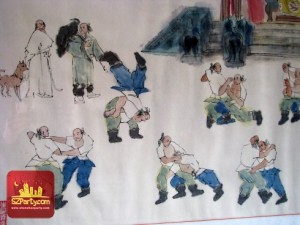 If you learn how throws work from a wrestling style. If the technique is correct, you pretty much learn how to execute the throw in any style.

Here’s a little shuai jiao instructional video. You’ll notice that the throws are similar if not identical to throws from judo, jujitsu, aikido and other martial arts.