Finally, after years of running circles around each other, Floyd Mayweather and Manny Pacquiao will face each other on May 2nd.

As much as I’m going to love watching these two great fighters duke it out, this fight represents everything that’s wrong with the sport of boxing.

These two fighters should have faced each other a long time ago, but promoters and deal makers and the fighters themselves delayed the encounter. 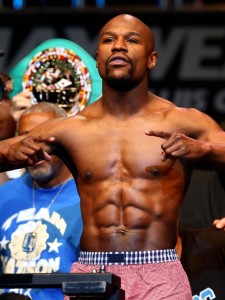 In particular, I think Mayweather delayed because Manny Pacquiao is the most dangerous fighter he’s ever faced. And Pacquiao has taken some hard hits in his last few fight. He’s not the Manny Pacquiao of old.

It’s difficult to determine when a fighter goes over that line but I think it’s happened to Pacquiao. I guess we’re going to find out.

I certainly hope that the hard hitting Manny Pacquiao shows up for this one. 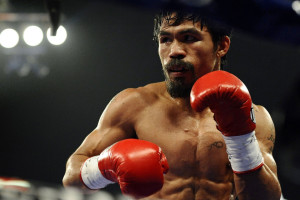 One way or the other, it’s going to be a fight to remember. The fighting styles couldn’t be more different. Pacquiao is the consummate brawler who loves to get in there, avoid punches and deliver punishment. Mayweather has a more cautious fighting style, often remaining outside and countering with his superior athleticism.

Boxing hasn’t enjoyed a night this big since the Mike Tyson fights of the 90’s. It promises to be one for the books.