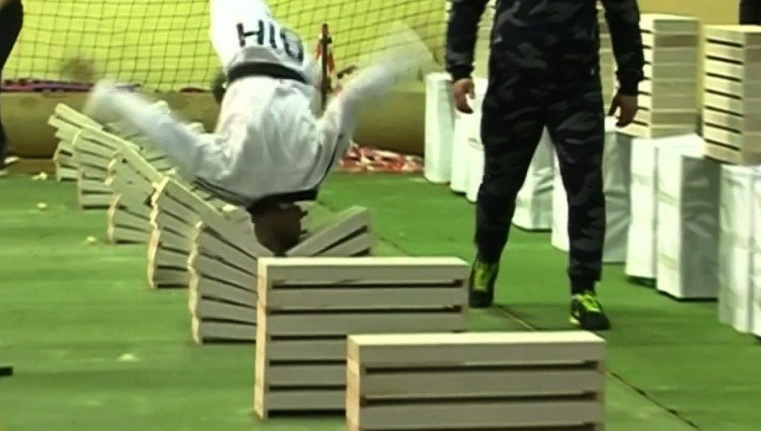 Last summer, we dedicated a blog post to some of the weirdest and most wonderful martial arts-related records in the Guinness Book of World Records. One of the strangest and most intriguing from that fantastical list was “Most Concrete Blocks Broken With The Head By Forward Flips In One Minute.”

Well, we’ve got an update to that particular record to report: it has just been broken! We might even go so far as to say that it’s been shattered, almost doubling the past record and accomplishing it in almost half the time.

Kerim Ahmetspahic, a 16-year-old Tae Kwon Do champion black belt from Bosnia, challenged the record in the city of Visoko last Saturday. He managed to smash a whopping 111 concrete blocks in just 35 seconds. That’s 46 more blocks than the previous record – and he took 25 fewer seconds to break them. That means that Ahmetspahic was over three times as efficient as his board-breaking predecessor!

Here he is in action:

American martial artist Michael Gonzalez established the world record for this category in 2013 by breaking 43 blocks in 60 seconds. Three years later, a German Tae Kwon Do practitioner named Oliver Grimsehl challenged him to a head-on-head competition. The matchup took place on Guinness’s Italian TV show, Lo Show Dei Record, in the spring of 2016.

While both men flipped over the same amount of blocks during the 60 second sprint, 3 of Gonzalez’s failed to break, making Grimesehl the new record holder at 65.

Here they are in action:

Watching the two videos back to back, it’s fascinating to study the ways in which Ahmetspahic was able to obliterate the previous record. First of all, he’s using stacks of 6 blocks, where Gonzalez and Grimsehl went with 5 per stack. The teenager also appears to have a far superior sense of balance. While he still stumbles after each set – which is understandable, given that he’s both reorienting himself after a flip and recovering from the fact that his skull just struck 6 solid pieces of concrete – he’s able to recover far quicker than the men who came and flipped before him. There’s a fluidity to his movement that helps him move on to the next (bigger) stack in a fraction of the time that it took both of the previous record holders.

Now this is clearly a very dangerous activity that should only be attempted by the most well-trained and prepared of individuals, and we don’t recommend trying this at home. But when we wrote the original blog post about world records, we also offered some brief suggestions on how you might be able to train with AWMA products to make your own attempts at a place in the Guinness Book. So we’d like to update that, too.

If you’re a high-ranking martial artist looking for a new and unique challenge – and you’re working with the right professionals to help you get there as safely as possible – here are some thing that might help you along your flipping and board-breaking journey:

1. A Tae Kwon Do Uniform 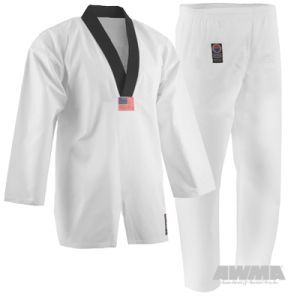 Grimesehl was wearing one when he defeated Gonzalez – who was sporting a replica of Bruce Lee’s famous yellow jumpsuit from Game of Death at the time. Ahmetspahic was also wearing one when he smashed 111 blocks and Grimsehl’s record. The Tae Kwon Do uniform is clearly the best choice of outfit to wear when you’re flipping and breaking concrete blocks with your head in a timely manner. AWMA has a number of TKD uniform options, including this ProForce 7 oz. uniform, available for $49.95 here. 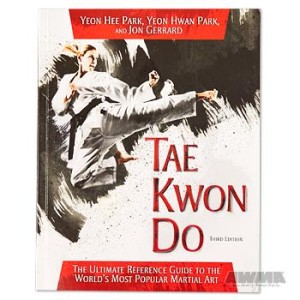 If you’re going to be skilled and studied enough to even attempt this feat, you’re going to need all of the educational materials that you can get your hands on. To help get you into the kind of TKD keener mode you’ll need to take on this task, AWMA has a collection of Tae Kwon Do books, including the World Taekwondo Federation-endorsed Tae Kwon Do Reference Guide by Yeon Hee Park, Yeon Hwan Park and Jon Gerrard, available for $13.95 here. 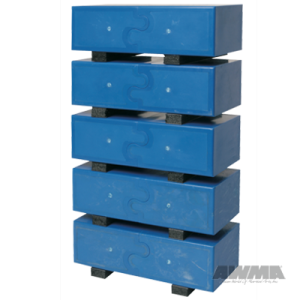 If you’re going to be breaking boards with any part of your body, you’re going to need boards to practice on, preferably not of the concrete variety to start. And you’re going to be putting in a lot of said practice, so rebrekable boards, like this ProForce Plastic Rebreakable Brick, $29.95, is the most practical way to begin. 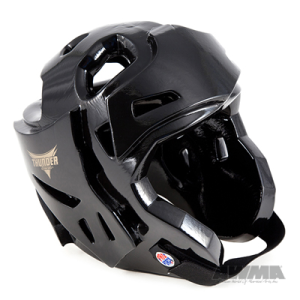 Aspiring boxers don’t start sparring without headgear and aspiring board breakers probably shouldn’t dive head first into concrete smashing without protection, either. So why not add some protective gear like the  ProForce Thunder Double Layered Headguard, available for $44.95 here? 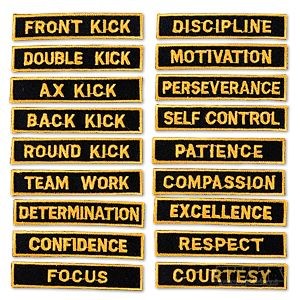 If you were to successfully challenge Ahmetspahic’s new record – or even if you fell short but tried your very best – you could celebrate by proudly sporting a symbol of all of the hard work that you put into the process with a leadership patch, $1.95 each. Determination, Confidence, Focus, Discipline, Motivation, Perseverance, Self Control, Patience, and Excellence are all good options!

What did you think of Kerim Ahmetspahic’s amazing new accomplishment? Do you have any interest in using your martial arts training to set or break a world record of your own? Let us know in the comments!

board breakingGuinness World RecordsKerim Ahmetspahictae kwon doTaekwondoWorld Records
« Previous PostPower Training: How The Cast Of The Power Rangers Movie Got In Mighty Morphin Shape Next Post »How To Start (Or Restart) Your Martial Arts Career In Adulthood