THE CRUCIBLE OF TRADITIONAL MARTIAL ARTS

Some people may think that traditional martial arts have outlived their usefulness. They think that the only way to train is with MMA techniques.

While MMA is a very effective way of training, some of you may be surprised to know that a lot of the martial artists that dominate MMA today where trained in traditional martial arts first.

The traditional arts offer up a base in which the MMA training can flourish. They really teach discipline and self reliance. They help you to learn about your body and your limits. Most importantly, they forge you into the fighter you will become.

Some of my favorite MMA fighters come from very strong traditional backgrounds. You can tell by the way they fight.

Lyoto Machida is a Shotokan master, trained by his father. Check out his fighting stance and the way he delivers punches and kicks. 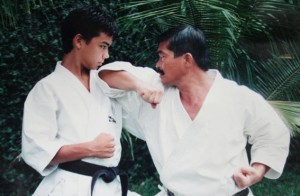 In this early video you can see him knock somebody out with a reverse punch.

Another fighter that comes from a traditional background is George Saint Pierre who trained in Kyokushin karate, also with his father since he was a little boy. 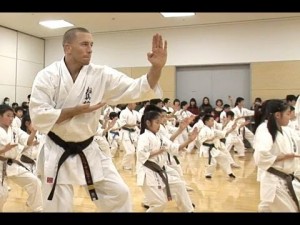 This training shows in his fighting style in all sorts of different ways, even in the respect he shows towards the octagon.