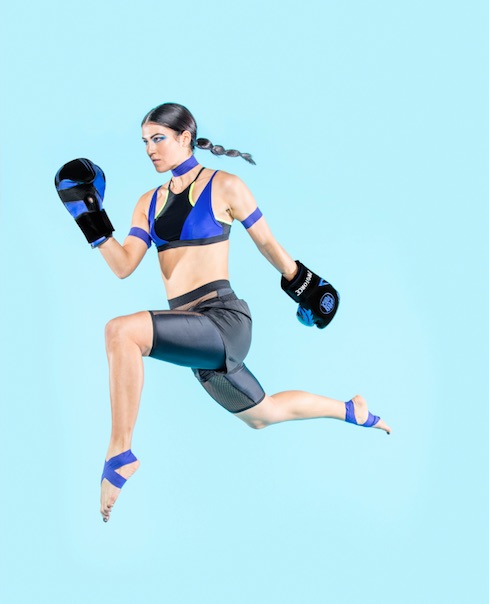 After months of anticipation and years of speculation, the stand-alone Wonder Woman film is finally here! The live-action comic book flick opens in theaters across the globe this week and, if early reviews are any indication, it was worth the wait. Critics are calling it “one of the best superhero movies of all time,” “slick, smart, and satisfying,” and “enough to give you goosebumps.”

Star Gal Gadot took up “a very serious training regimen – Kung Fu, kickboxing, swords, jiujitsu, Brazilian… one thousand and one things” and put on 20 pounds of muscle to prepare for her first appearance as Diana in last year’s Batman V Superman: Dawn of Justice. If her impressive stunt work in Wonder Woman’s first solo offering is any indication, she’s clearly kept up the good work since then – and maybe even improved upon it. But that’s not what we’re going to be focusing on in this week’s blog.

With girl power spirits running so high, we wanted to take this time to celebrate some real-life action heroes. While women have participated in martial arts for almost as long as combat has existed, our society’s growing acceptance and celebration of butt-kicking women has exponentially increased the number of women participating – and succeeding – in training and competition. And those increasing numbers are especially great, given that we know just how beneficial participation in martial arts can be and how much future generations of girls can benefit from it!

With that in mind, let’s dedicate this blog to a look at some of our favorite wonder women in martial arts.

What list of amazing wonder woman martial artists would be complete without a nod to our own AWMA-sponsored athletes and all of the incredible work they do? Whether Emma Teo is bringing her karate skills to films like Logan, or Destiny Vergara is pursuing her dream of becoming a part of the U.S. karate team for the Tokyo Olympics, our multiple-time world and national champions are an inspiration to women and girls everywhere!

And here’s Destiny in action:

Laila Ali had no plans to follow in the footsteps of her legendary father, Muhammad Ali, until watching Christy Martin fight opened her mind to the opportunities that were starting to become available to female boxers. At 18, she started training and, 3 years later, made her professional debut with a knockout victory. Over the course of her undefeated career, Ali won the WBC, WIBA, and IBA super middlweight championships as well as the IWBF light heavyweight belt before retiring with a perfect 24-0 record (including 21 KOs) in 2007.

The Nuns of the Drukpa Lineage

For centuries, the Buddhist nuns of the Drukpa Lineage were prohibited from learning martial arts. But that all changed when their leader, His Holiness the Gyalwang Drukpa, witnessed another group of nuns training in the early days of the new millennium. With his encouragement, his nuns began learning Kung Fu in 2008. Now many of them are black belts and use their Kung Fu to reach out to their community. In addition to demonstrations of their skills, over 500 of the nuns cycled across the Himalayas to raise awareness about human trafficking and women’s rights last year. They also managed to capture the hearts and minds of a whole new generation of potential Kung Fu artists in the process.

“Of course, one bicycle yatra cannot change the world overnight,” nun Yeshe Lhamo told the New York Times after their campaign went viral in the summer of 2016. “But our message of diversity may inspire one person, one little girl, one mother.  Sometimes one person can make a big difference. A mother can change her whole family. One little girl can do amazing things.”

For more on the Kung Fu nuns of the Drukpa Lineage, here’s our blog on them from last fall.

Michelle Yeoh had little to no martial arts training before she started appearing in Hong Kong action films in the ‘80s. The former Miss Malaysia actually had a background in dance and choreography. But you’d never to know it to look at her impressive body of work in films like Super Cop, Tai Chi Master, Crouching Tiger, Hidden Dragon, and Tomorrow Never Dies. Yeoh was a quick study on set, learning everything she could from her fellow stars and stunt people. Although she doesn’t consider herself a stunt woman, she was also eager to do her own stunts, and was soon giving legends like Jackie Chan a run for their money. Beyond a little Taekwondo in her youth, the actress still has no formal martial arts training, but she’s developed her own martial arts-influenced style that has thrilled generations of film lovers. Yeoh can next be seen on the forthcoming Star Trek: Discovery TV series.

While living in Iran, a young Sima Azimi was introduced to wushu, and instantly fell in love with the ancient martial art. During her time there, she trained for three years, winning a gold and a bronze in competition along the way. When she returned home to Afghanistan as a young adult, she was determined to share everything she’d learned with her fellow women and girls. Assembling a group of 20 aspiring martial artists, Azimi began leading wushu lessons in a local gym – and in the mountains just outside of Kabul.

“I am working with Afghan girls to strengthen their abilities and I love to see Afghan girls improve the way other girls have improved in the world,” she told Reuters last February. “My ambition is to see my students take part in international matches and win medals for their country.”

For more on Sima Azimi, see our blog on her teachings from last winter.

Zhang Hexian became a viral sensation when footage of the 93-year-old practicing Kung Fu was posted online in February. In an interview with CNN, she said that she’d begun training when she was just 4 years old, and that Kung Fu had been a tradition in her family for over 300 years. According to the outlet, Zhang’s style comes from the Fujian province and involves 15 different styles. She’s mastered them all.

Zhang initially took up her family’s tradition as a means of taking care of herself during hard times. “I was born in 1924, at a time when China was at war with other countries,” Zhang said. “So (kung fu) was also a good way to learn self defense.”

Now she keeps it up for physical health and a sense of community. “To have good body, you need to exercise and keep a positive attitude,” she explained to CNN. “It’s also important to help others as often as you can.”

Are you excited to see Wonder Woman? Who is your favorite martial arts wonder woman? Let us know in the comments!

And check out our online store for all of your training and wonder woman-emulating needs!