Classic Fight Scene of the Week

I think the first Jackie Chan movie I ever saw was Drunken Master. I remember the scene on the street when his mother is giving him alcohol so he can fight. His mere physical ability made me an instantaneous fan. I think I’ve seen all his movies. 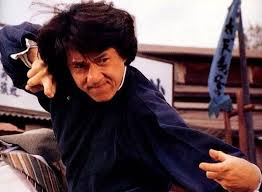 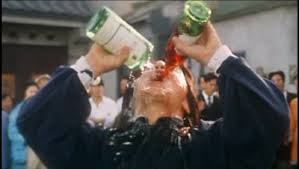 Jackie, of course, got one of his first roles as an extra in Enter the Dragon. He tells an interesting story of how Bruce accidentally hit him while filming and then apologized profusely for doing so. It was during the scene in which Bruce wields the staff while fighting Han’s men. 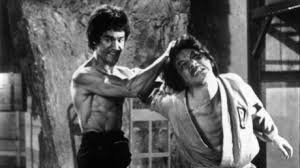 Jackie Chan has become an icon of the martial arts industry with his unique brand of fight choreography. One of the things that distinguishes him from everybody else is that he does all his own stunts. He periodically gets hurt during filming. No insurance company will cover his stunt team in Hong Kong.

It’s kind of a crazy thing to do but it does set him apart from everybody else.

And the moves are nothing short of miraculous.

We’ve all become familiar with the outtake reels that he usually has at the end of each movie. The first one I ever saw was on Rumble in the Bronx and I was blown away by the amount of work and creativity that went into these fight scenes. 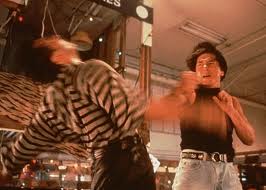 Here are the outtakes from Rumble in the Bronx:

This week’s Classic Fight Scene however is from Who am I? 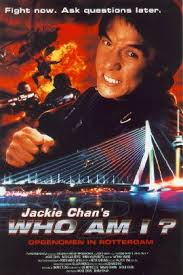 Jackie fights a Kung Fu and a Tae Kwon Do master in this one (One uses mostly arm techniques and the other kicks). It’s 8 minutes of dynamite fight choreography, peppered with Jackie’s own brand of fighting humor. He always finds a way to insert a little character into his fights scenes. This is the sign of a real master of film fighting.

The scene also has nice long takes in which you can see what the practitioners are doing. Not like the fight scenes you see today with a thousand cuts in which you can’t really appreciate the techniques.

Hope you like it. It’s one of my favorites.