There are some movies that I remember very vividly, the first time I saw them as a kid. One of these movies is Lone Wolf Mcquade. 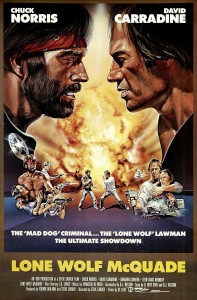 I think it was one of the few Chuck Norris movies that wasn’t really considered a “B” movie. It was a mainstream action movie. It also marks one of the great match ups in martial art movie history: Chuck Norris vs. David Carradine. 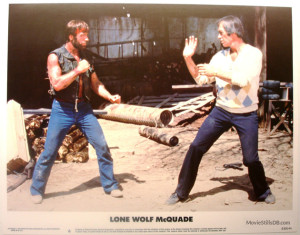 In another article on this blog I’ve talked about my love for the TV Show Kung Fu. I grew up watching it. Who could help but love the mixture between the cheesy Oriental philosophy: “When you can snatch the pebble from my hand…” type of thing and the western setting. 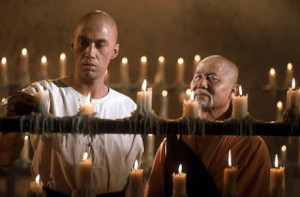 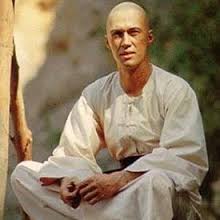 I mean talk about brilliant television. Put a shaolin monk in the west!

Well Lone Wolf… was cinematic brilliance as well. Let’s match up the biggest martial arts star of the time with the shaolin monk from Kun Fu.  What martial arts fan could resist? 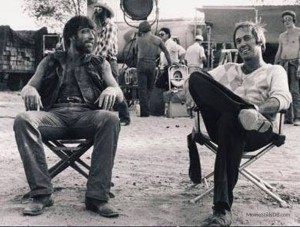 A few things to note about he scene:

Check out the movement in Carradine’s arms, accentuating the difference in styles.

Also, one of the things that Norris innovated was his spinning style. Note how many spinning techniques he throws. He did this throughout his career, even when he was competing in tournaments. It comes right out of his training as a Tang So Do stylist.

I especially love the sweeping spinning back fist. Brutal!

And so here it is, without further ado, the final fight scene from LWM. Enjoy.