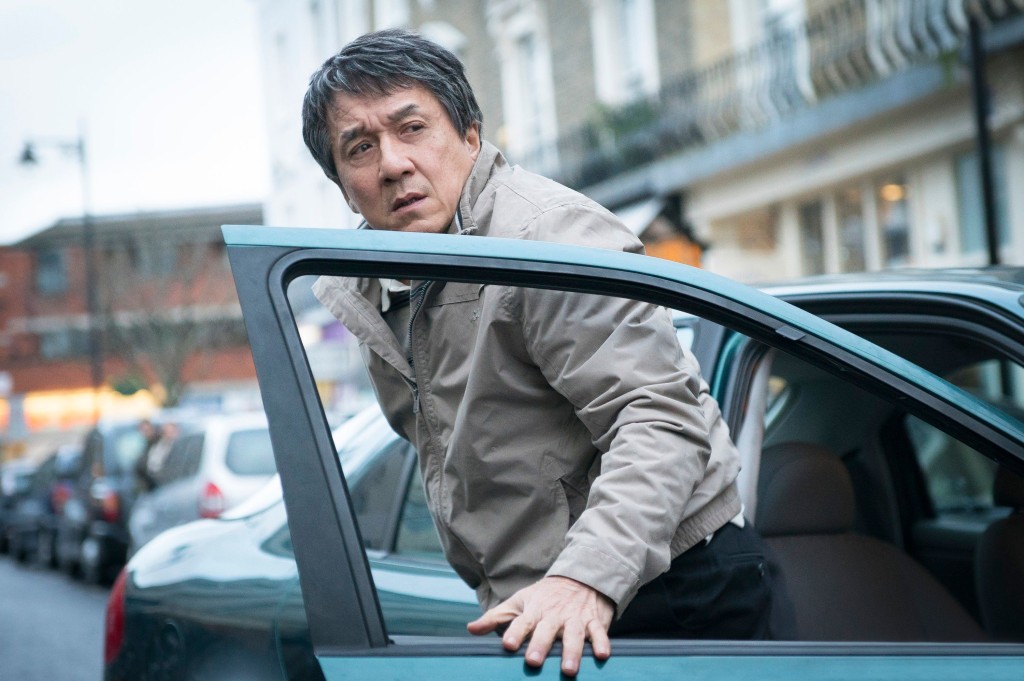 When Jackie Chan announced that he was receiving an honorary Oscar in September 2016, he promised that a career-spanning award of this magnitude did not mean that he was coming to the end of his own incredible career. As far as he was concerned, he was only getting started. A year later, it’s clear that Chan meant what he said, because the 63-year-old martial arts film legend has been in the news almost non-stop for the past month or so, thanks to a couple of high-profile new films, some very amusing and insightful interviews with his co-stars, and a major new retrospective of his work. In fact, there’s so much going on in Jackie Chan’s world right now that we’ve decided to dedicate this week’s blog to catching up on all of the latest developments in the stunt and comedy master’s world.

Without further ado, let’s take a look at everything that’s going on with Chan these days:

1. He taught his Lego Ninjago Co-Star How To Break Boards

Chan didn’t just lend his voice to the new animated feature from the Lego Ninjago franchise, he also lent his expertise to the animation team, helping them to choreograph and execute the detailed fight scenes for the film. “I have been doing stunts more than 50 years, I’ve never done something like this before. Trust me, these ninjas can really fight. I think you will be very impressed,” the star said in a short feature on the making of the movie.

And it turns out that his mentorship of the Lego Ninjago crew didn’t stop there. In a recent video for WIRED, Chan teamed up with his co-star and karate black belt Olivia Munn to answer a series of martial arts-related tech help questions. In addition to offering viewers some tips on how best to block a knife in a fight, how to tie a belt, and explaining why he loves to fight with carpets and other household items in his films, he also gives Munn some tips on the physics and techniques behind breaking a board with your hand. And then he gets her to break one with her head for good measure. It’s a really entertaining exchange, and worth watching in its entirety:

2.The Lego Ninjago Isn’t His Only Big Film This Fall

Chan will be back in theaters next month with the release of a live action and more mature affair, The Foreigner, where he plays a businessman with a secret past who is set on a quest for revenge when his daughter dies in a terrorist attack. The Foreigner, which co-stars Chan’s friend Pierce Brosnan, is still a combat-oriented production, but it’s a bit of a new direction for the stunt hero. “The Foreigner is not like Rush Hour. I’m like a 70-year-old guy [in the film] so all the fighting and all the choreography is suitable for the movie. It’s not like suddenly the old guy is doing double kicks. That would kill the whole movie,” Chan recently told the South China Morning Post.

3. He plans to keep making action films well into his 70s. Responsibly.

In that same interview, Chan admitted that the physical demands of his work are getting a little more intimidating now. “The action moves are not like when I was 20 years old. When I was 20, I never think – I just do it. I need to jump through the wall? ‘OK, rolling – go!’ But these days, whatever I do, I think, ‘Can I still do it?’ I’m not young any more. It’s scary,” he confessed.

He went on to share some amazing advice that his father gave him, though: “My father said, ‘Son, everybody can be young, but not everybody can get old. When you get old, you’re lucky – especially you. All those years, you still survived. Not easy.’ I said, ‘Ah, yes.’”

When asked about his future roles, he added: “I believe I can do – not flipping, not the big stunts – but for another five or 10 years, I still can move. All the small movements – punching, kicking – that’s easy. That’s a normal day for me. Whatever you can do today, you can do tomorrow. I think I will continue to do action films because action films are still popular around the world and also, for myself, I love to do action. I want to show the audience my age that I still can do a lot of things.”

While he’s still looking forward, he’s not afraid to celebrate his past, either.

In fact, he’s about to appear at a very cool retrospective of his work at the Egyptian Theatre – which will also feature a rare Q&A with the star.

To celebrate the forthcoming premiere of The Foreigner, , Beyond Fest have partnered with STXfilms to present a triple bill of Chan’s best films, followed by a Q&A which will take place at the famous Hollywood cinema on October 6th. Triple Threat: A Night with Jackie Chan will include screenings of 1989’s Miracles (where Chan directed, starred in, and did the stunt choreography for his Hong Kong take on Frank Capra’s Pocketfull of Miracles), 1993’s Police Story 3: Supercop (in which he co-starred with a young soon-to-be legend named Michelle Yeoh), and the original 1985 Police Story, followed by the aforementioned Q&A with Chan himself. Doors open at 6pm, and Miracles will kick things off at 7pm. Tickets are currently available via Fandango.

Are you excited about The Foreigner? Are you looking forward to seeing what else Jackie Chan has planned for the future? Let us know in the comments!

And if you’re looking to keep training well into your 70s, you can always stock up on all of the training gear that you’ll need to keep you healthy and safe in our online store.