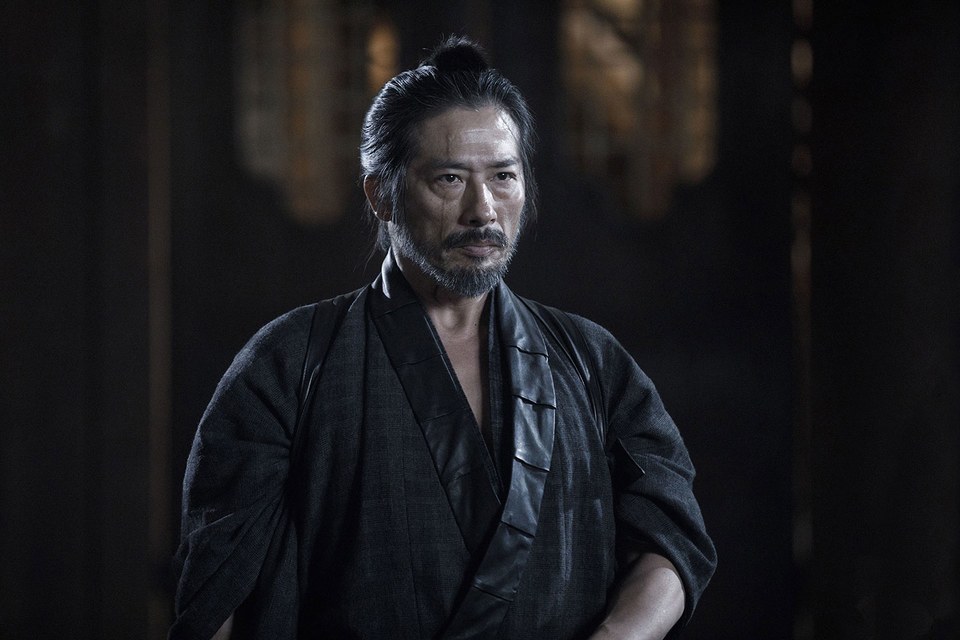 When he was 13 years old, current Westworld star Hiroyuki Sanada’s mentor, the legendary Sonny Chiba, gave him a piece of advice that he’s never forgotten.

“He told me that acting and actors have a long life, like a marathon, so the most important thing is to continue acting; and by the time I reach 30, that will be the time when I get a real first big chance to do something,” Sanada recalled in an interview with Kung Fu Magazine. “He said, ‘Being a teenager and in your 20s are merely steps in the acting process, and by 30, that is when your own career will really begin. Then when you are 40 and 50, those are the most important times as an actor, so don’t rush. Before you become a big name, you have to learn a lot. You also have to watch the world, not only Japan.’ Those words from Sonny have really touched me, and I think of them everyday, even now.”

Sanada’s marathon began when he co-starred with Chiba in the 1965 feature Game of Chance when he was 5 and he’s been working, training, learning and growing consistently ever since. Now 57, he has become an action film legend in his native Japan, a Shakespearian star and honorary MBE in England, and a movie and TV crossover star in America thanks to features like The Last Samurai, 47 Ronin, and the next Avengers film. He brings all of that experience and wisdom to Westworld, where he plays, Musashi, a powerful samurai from the HBO drama’s parallel universe called Shogun World.

Sanada has been a fan of western pop culture for most of his life. The work of Hollywood stars like Steve McQueen were hugely influential in his early career and his development as a martial artist. “I watched a lot of American and European movies,” he told the Los Angeles Times last May. “The great leading actors doing their own stunts. I wanted to act and do everything by myself — that was my thought. I started martial arts training when I was 13, also traditional dance and singing. And I was already thinking about working in the world market.”

Sanada began trianing in shorinji kempo and kyokushinkai karate during this time. He also became a student of Japan’s first stunt school, the Japan Action Club, which was founded by Sonny Chiba. “Sonny became my father role,” he told Kung Fu Magazine.”I remember visiting his stunt school when I was 10 and said to myself, ‘Oh my god, I can learn this kind of stunts in Japan?’ So when I was 13, I was able to join the school. So Sonny next became my stunt and action teacher.”

As much as he admired American films, though, he was troubled by what he saw in the martial arts movies that Hollywood was producing when he was young. “I was training and could see that some movies coming from America misunderstood our culture. I was so frustrated. I decided then that I wanted to correct these mistakes about our culture. But I was working just in Japan until I was 40,” he reflected in the Los Angeles Times.

When he successfully landed a role in 2003’s The Last Samurai, Sanada started to see the wall between eastern and western films disappear.  “I’ve since worked to make a bridge for the next generation. That’s been one of my missions. When I moved to L.A. in 2005 I continued getting roles involving the Japanese culture. It’s been good because I get a chance to discuss [the authenticity of] the costumes, set and props, and the Japanese cultural references. And I try to spot the [mistakes].”

With Westworld, though, Sanada is pleased to report that the show’s crew had already done an impressive amount of research — and done it well. But they’re still happy to receive input from the new martial arts master that’s been added to their star-studded cast. “I’ve done so many samurai movies and the fighting scenes before, so they respected me as a sword master on set. I suggested some things and had some ideas for the fighting scenes and worked with the choreographer and coordinator to make it the authentic samurai way. We’ve worked to create the best balance between authenticity and entertainment,” Sanada said. “I like creating scenes with stunt guys and a choreographer, but I did all the fighting by myself. No stunt double at all. Sometimes all-day fighting, including my birthday. From the beginning to the end, all day, fighting, fighting, fighting.”

As Sanada recently told Vanity Fair, it’s not just the work itself that’s rewarding. He’s also thrilled that his participation in Westworld and the Shogun World aspect of the show are sparking interest in Japanese cinema.  “Especially for the young generations who don’t understand the samurai, maybe the ninja, or shogun—what’s that? It’s gonna be a good chance to re-watch or first-time watch samurai movies from Japan. And then for us, too, if the young generation has an interest in our cultures, there’s a big opportunity to create movies with us. That’s why I feel I’m carrying a big pressure to make [the episode] better and avoid inaccuracies every day on set,” he said.

“These kind of things, for me, are like an homage to some of my favorite directors. They trained me, they taught me what entertainment is. Kinji Fukasaku [Tora! Tora! Tora!], Kihachi Okamoto [East Meets West], it’s for them. I’m here; I’m carrying your dreams, too.”

Are you a Westworld fan? What do you think of Samurai World and Hiroyuki Sanada’s performance on the show? Let us know in the comments!

And check out our online store! We’ve got all of the martial arts supplies and samurai swords you’ll need to train like Sanada — or participate in Shogun World.