There’s An Enter The Dragon Remake In The Works. How Will It Live Up To The Original? 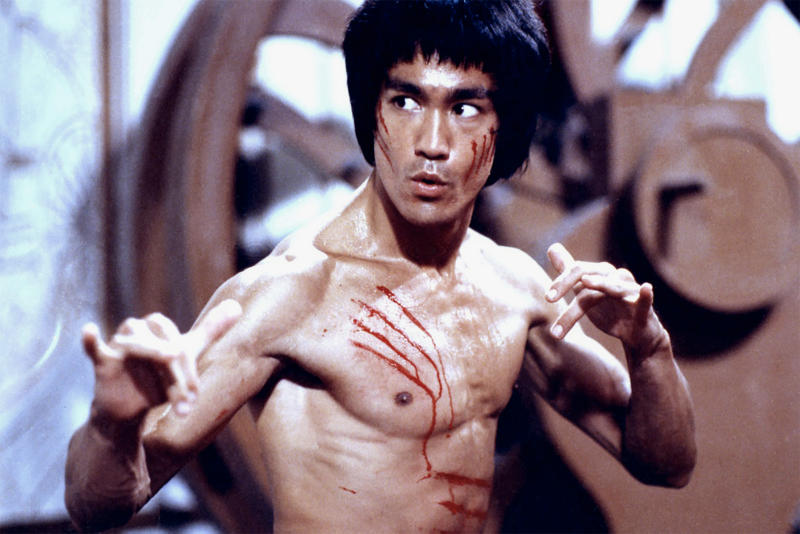 Given Hollywood’s current taste for familiar stories and franchises, it seems almost inevitable that something you love will be remade or rebooted at some point. Still, the news about the latest cinematic classic about to receive this treatment caught us a little off-guard: there’s a new version of Enter The Dragon in development.

We were alerted to the existence of this forthcoming remake this week when Deadline reported that Deadpool 2 director David Leitch was in early talks to helm the film. The next step, according to the article, is to look for a writer.

Attempting an Enter The Dragon remake at all might border of blasphemous for martial arts lovers. But if this film is going to happen, Leitch is at least a promising prospect for the director’s chair.

Almost two decades before he began doing uncredited directorial work on the original John Wick and a Deadpool short, Leitch began his entertainment career as a stunt person and stunt coordinator. His work has appeared everywhere from big budget action flicks like The Matrix sequels and 300 to beloved series like Buffy The Vampire Slayer. He has been Brad Pitt’s stunt double on a number of films and has even doubled for Jean-Claude Van Damme on a couple of occasions. Leitch also co-owns an action design and production company called 87Eleven Action Design.

Here’s a glimpse of him in action:

The feature films that he’s directed, Atomic Blonde and Deadpool 2, are also action-heavy in a way that demonstrates his deep understanding of how physical combat can and should be presented on screen. Which might make him uniquely qualified to tackle a martial arts classic of this magnitude. Doing the original Enter The Dragon justice might be a fool’s errand. But at least someone with Leitch’s combat background has a fighting chance. Throughout his career, he has demonstrated that he understands martial arts as a discipline and as an art that is represented on screen. In fact, according to a 2016 profile by The Beat, it was watching Kung Fu action films on Saturday nights that made him first fall in love with martial arts and pursue training himself.

His ideas on realism and detail in fight scenes seems sound as well. Here he is discussing that topic in a 2014 interview about John Wick with The Dork Shelf:

“Fights in movies used to just be “swing and punch and swing and punch” and you just move the camera around so much that you just hope something connects. (laughs) Martial arts has become such a mainstream thing now that you can’t fake that kind of thing. There will always be someone now watching a fight scene that knows how they work, and they’ll be thinking, “I don’t know if I would do it that way.” So it’s nice to infuse martial arts that people can actually do, that’s appropriate to the situation, that’s done properly, and to have a cast that would be willing to go through the training to make it seem real. They can reload and fire a firearm. They can operate vehicles and do the proper manoeuvres.

And you know what the best part is? Details are free! (laughs) That’s the best thing about them. You just have to put them in and make sure the audience shares them.”

Given all of the above, it’s also likely that he has a decent grasp of the philosophical component of martial arts as well, which is a massive attribute for anyone who is working with a Bruce Lee-related project to have.

Of course, the major hurdle for any remake of a Bruce Lee project is one that the team behind the new Enter The Dragon has not yet begun to tackle: finding someone who can fill the shoes of the man himself. 45 years after his tragic death, the hole that Bruce Lee left behind in martial arts and entertainment has yet to be filled. Although there have been inspiring and innovative martial artists and charismatic film and television stars — and even some incredibly talented people who have straddled both worlds — we have yet to see anyone that could conceivably be considered “the next Bruce Lee,” let alone someone who might be able to handle one of his most iconic roles.

As The Hollywood Reporter revealed this past February, even the late Brandon Lee was reluctant to take on the challenge of playing his legendary father in the 1993 film Dragon: The Bruce Lee Story.  “I was a little scared by the whole thing, really,” the younger Lee said of his choice to turn down the role in a recently discovered interview. “It’s strange to play your own father, you know? I couldn’t really wrap my mind around it.”

Lee did go on to say it might have been a challenging worth considering when he was more established. “It’s funny, too, because to tell you the truth, if it had come along later in my career, I might have more seriously considered it. But as it is, it is so early in my career, it’s the kind of thing I just feel like it could be a career ender.”

Jason Scott Lee (no relation), the actor and martial artist who did end up taking the role in Dragon, did an admirable job with the role. Actor, martial artist and stunt person Philip Ng managed to bring a certain charm and bravado to his take on Bruce Lee in the otherwise less than perfect Birth of the Dragon in 2016. Arguably, though, taking on a role that Bruce Lee made so iconic could be even more daunting than attempting to play him.

For what it’s worth, fan response to the news so far has been less than enthusiastic.

We will have to wait and see who is brave enough to take on this massive challenge — and whether they succeed in the months to come. We’ll keep you updated on any future developments in the this new Enter The Dragon as they happen!

What do you think of this new Enter The Dragon? Can it live up to the original? Let us know in the comments!

And don’t forget to check out our online store for all of your Bruce Lee and martial arts interests!

Brandon LeeBruce LeeBRUCE LEE'S ENTER THE DRAGONDavid Leitchenter the dragonmartial arts filmsmartial arts in pop culturemartial arts movies
« Previous PostThe Value of MMA DVDs. What can you Learn? Next Post »A Young Martial Artist Thwarts A Robbery And Reminds Us of the Power Of Self-Defense Training