There’s nothing more thrilling to me than a good sword fight in a movie. There’s something about it that really calls up all the images of heroes that I have.

To me a hero should know how to fight with a sword. It’s an honorable way to dispose of opponents. It requires skill, unlike fighting with a gun. That’s why I love samurai movies so much. 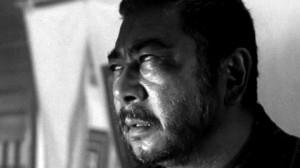 This is a scene from one of the blind swordsman movies. A whole series of these movies where made. Sato-Ichi is a popular character of Japanese legend. The whole idea of a blind man being able to fight with a sword embodies the principles of the martial arts perfectly.

You are reacting to the intention of the adversary, to his desire to attack you. Sometimes your eyes my fool you. Ichi doesn’t have that problem.

The techniques in this scene are flawless. And on top of everything, the actor playing Ichi is also playing blind. Its is a superb performance. Enjoy:

Here’s another great sword fighting scene from the movie Crouching Tiger Hidden Dragon. Notice how the personality of the fighters comes out. Personality and character are everything in a fight scene. We don’t really care for the fight unless we care for the characters. In the previous scene the characters and their intentions are presented with a simple conversation at the top of the scene. Then the fight begins, once the audience is invested. 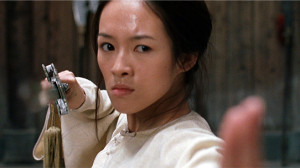 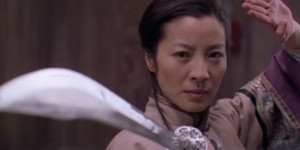 In the Crouching Tiger… scene, the characters have already been brought out. This scene is late in the movie. But notice still how their relationship becomes an integral part of the fight.