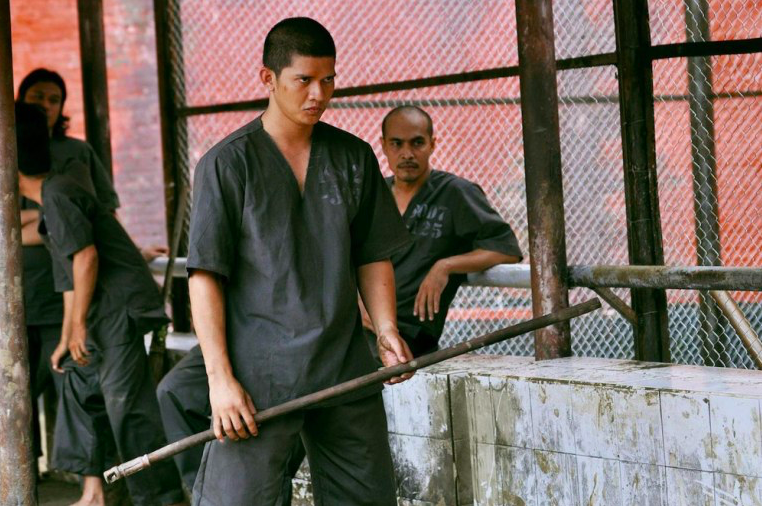 Iko Uwais in The Raid

Classic martial arts action and storytelling is coming to Netflix in the near future!

Late last month, The Hollywood Reporter announced that the streaming service had picked up 10 episodes of a new series called Wu Assassins. While Netflix has flirted with martial arts choreography and themes in some of their other original work, most notably Iron First and Marco Polo, this will be their first proper entrance into martial arts as a genre. No official release date has been announced yet, but Inside Vancouver reports that the show will film in the city from August 8 to November 20.

Set in San Francisco’s legendary Chinatown, Wu Assassins will follow the story of Kai Jin, an aspiring chef turned assassin who becomes caught up in all-encompassing war between good and evil. Iko Uwais of Star Wars: The Force Awakens and The Raid fame has been cast in the lead role. He will also be work as the lead martial arts choreographer and stunt coordinator on the series.

Here’s a taste of of Uwais in action:

As far as stars and martial artists go, you’d be hard-pressed to find a better anchor for your first foray into such a highly respected and storied genre than Iko Uwais, who has both skill and charisma in droves.

Uwais is a lifelong student of the Indonesian martial art pencak silat, although he wasn’t always as dedicated as he is now. “I wanted to be a footballer and didn’t go to martial arts practice,’ he told Metro of his early years in 2014. ‘My uncle, who was one of the pencak silat teachers, came to me and said: ‘You won’t get anything from football. You will get lots of things from martial arts.'”

It was a prescient observation on his uncle’s part. Turning pro in his early 20s, Uwais quickly became a successful competitor. “In 2003 he came third in a competition among pencak silat schools in Jakarta. In 2005 he won the Best Single performer at the Pencak Silat Festival. He travelled to the UK, Russia and Azerbaijan as a member of the Indonesian silat team to introduce the martial art to other cultures. He followed that in 2007 and 2008 by travelling to Cambodia and France,” writes Kung Fu Kingdom’s Raj Khedun.

When Uwais was 24 years old, he met writer, producer, and director Gareth Edwards while he was training at a martial arts hall in Jakarta. Edwards, who was there filming a documentary, saw potential in him and the feeling was clearly mutual. The young martial artist quit his dayjob in telecommunications to work with Edwards. Within two years, they’d released their first cinematic collaboration together, an emotional and physical spectacle called Merantau.

Two years after that, their followup feature, The Raid, became a breakthrough hit for the pair and was lauded as one of the best actions films in years.

“We wanted to show realistic fight scenes, stuff that you can use in everyday life,” Uwais told the Toronto Star while promoting the film at TIFF in 2012. “Really, everything can be a weapon. It can be a pen, it can be a shoe; everything is usable.”

In addition to starring in The Raid, he also helped to choreograph the action sequences and did all of his own stunts, something which is incredibly important to him as a martial artist and a viewer. “I really hate the movies that you can see the stunt double. You can tell we are out there, that it’s us getting hurt.”

The Raid was so popular that it spawned a sequel in 2014. It also propelled Uwais to roles (including his own stunt work, of course) in Keanu Reeves’s directorial debut, Man of Tai Chi, and Star Wars: The Force Awakens. JJ Abrams himself handpicked Uwais for a small but vital role in the blockbuster.

“I was just a fan,” Abrams said of the casting choice at the film’s press junket. “It was an opportunity. I knew we needed people for this one sequence that would be particularly fun to see a group of people working together. It was simply just as I had seen John Boyega in Attack The Block and thought ‘how cool would it be to work with that guy one day?’ and the opportunity arose and it worked out. And opportunity arose for this and I thought ‘God, I wonder if the dudes from The Raid would be available?’ And to my amazement, and they were willing, and they were incredible. They showed up and did a terrific job.”

In addition to steady film work, Uwais continues to hone his skills as a martial artist by training up to 3-5 hours of silat a day. He also told Kung Fu Kingdom that his hobby is working on choreography. So even when he’s not on the clock, he’s still improving and having fun at his craft.

With his intense skill and dedication as an actor, martial artist, and stunt expert, Uwais is a massive asset for a series like Wu Assassins, and it will be exciting to see what he can bring to the table over the course of a 10 episode narrative. Netflix’s previous attempts at martial arts-tinged series have had mixed results so far (Marco Polo was fairly well received, but Iron Fist has been a bit of a dud so far) but Wu Assassins has the potential to make up for that and maybe even help to usher in a new wave of North American martial arts shows along with AMC’s Into The Badlands. We’ll keep you updated on the progress of the series as it develops.

Are you a fan of Iko Uwais? Are you excited about Wu Assassins? Let us know in the comments!

And don’t forget to check out our online store. We’ve got everything you need to pursue your own dreams as a martial artist and future movie star and choreographer.

Iko Uwaismartial arts in pop culturemartial arts tv showsStar WarsStar Wars and martial artsStar Wars: The Force AwakensThe RaidWu Assassins
« Previous PostKarate or Kickboxing? Which Is Better For You? Next Post »The Value of MMA DVDs. What can you Learn?