THE CASE FOR ALTERNATIVE SPORTS 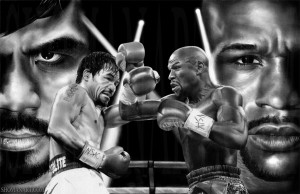 Like many others, I got cought up in the Mayweather vs Pacquiao hype. It was inevitable.

I grew up watching Sugar Ray Leonard, Wilfredo Gomez, Tommy Hearns, Marvelous Marvin Hagler, Mike Tyson… Boxing is one of those sports that when looked upon objectively it’s horrifying and yet from the perspective of the fan, it brings out, in certain magical moments, the best in a human being. I makes humans do things that are inhuman – be more than they can be.

Recently I blogged about the 30 year anniversary of Hagler vs Hearns – I guess a part of me wanted to experience heroics like those again during this last weekend’s mega fight. After all, these are two of the best fighters around. Yes, a little past their prime, but fabulous fighters none the less. 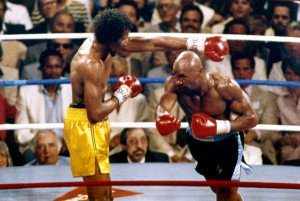 I had been bored by watching Mayweather fights before. I was hoping for him to really rise above his comfort zone. I would not get my wish. 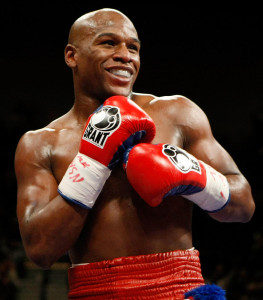 The fight was boring. It was a disappointment. Not only did I want Paquiao to win but I dind’t even get to see him fight. What I saw was a man running and another man chasing him around the ring for an hour. 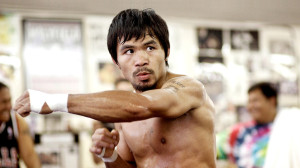 And I paid 100 dollars for this. I should demand my money back. I was not entertained.

I remember ordering the Tyson fights in the early 2000’s and being disappointed at it being done in less than two rounds but at least they were entertaining.

Last weekend’s fight only serves to highlight the decay of a sport that in my mind used to be great and now it has fallen prey to a terrible lack of quality athletes. I guess I shouldn’t say athletes. They are that. They just have no heart.

That’s why my money’s going into MMA from now on, and only that. At least those guys come out ot fight. It’s a lot more entertaining. 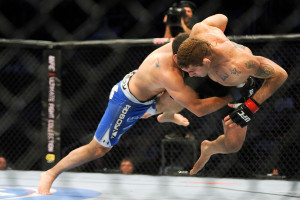