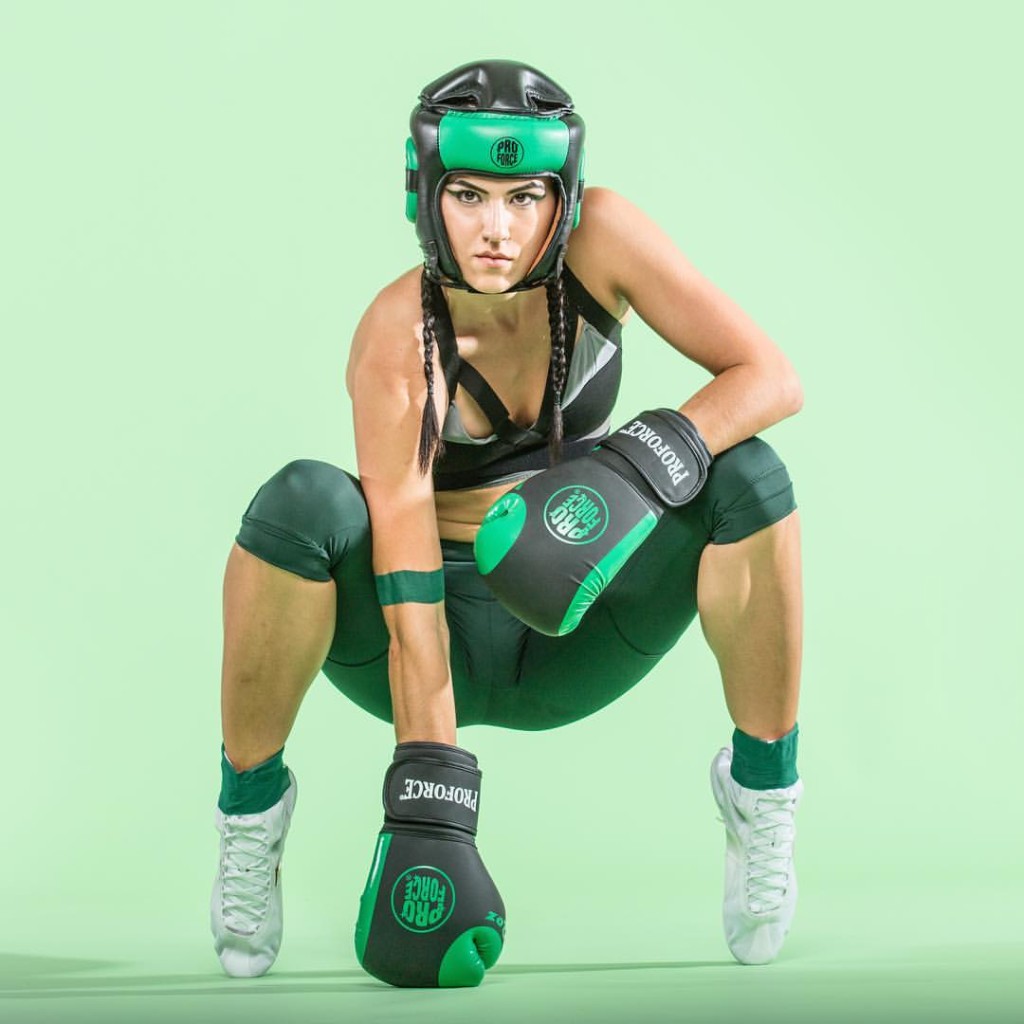 We’re big fans of Bruce Lee at the AWMA blog, so we like to keep up on all of the latest news about the martial arts master, star, and founder of Jeet Kune Do. So we were excited to find a new story that involved Jeet Kune Do pop up in the sports pages of the New Orleans Times-Picayune earlier this week, even if we were a little surprised to find it mentioned in the profile of an up-and-coming NFL prospect.

According to the paper, Alex Jenkins, a rookie defensive end for the New Orleans Saints, has been applying the JKD techniques that he informally learned from his father while growing up in England on the field. He credits his experience with Jeet Kune Do forms with helping him evade and/or trap his opponent’s limbs while on the offensive in a football game.”Something I’ve been doing my whole life is something that relates to this game heavily, especially at my position,” Jenkins told the Picayune.

Intrigued by this unexpected piece of cross-training, we took a deeper look at the ways in which martial arts have helped professional athletes play better in their chosen sports. Here’s what we found:

Alex Jenkins isn’t the only football player to benefit from a strong background in martial arts and combat training. As trainer Clif Marshall pointed out in a 2015 article for NFL.com, some of the league’s best lineman like Ray Lewis, Roddy White, and Super Bowl winner Josh Kline, were highly successful wrestlers in high school. That could be in part because grappling arts provide pro football players with a number of important skills and strengths they need on the job. “Grappling and martial arts activities – such as wrestling, judo and jiu-jitsu – are great ways to train balance, the push-pull relationship, body positioning, leverage, hip mobility and total body endurance. A takedown in wrestling is much like a tackle in football,” Marshall wrote. “In addition, there is a great deal of hand-to-hand combat during wrestling, judo and jiu-jitsu matches. Another benefit that comes from grappling is learning how to properly ‘fall,’ absorb force and roll along the ground. This skill can reduce the amount of wrist, elbow and shoulder injuries that can occur anytime a player hits the ground in a game or practice. Any young player looking to gain an advantage during the offseason should consider grappling for these benefits.”

The benefits of martial arts cross-training for footballers don’t end on the mats, either. Hand combat drills have improved the hand-eye coordination of players like Connor Barwin and Luke Kuechly. Many players also turn to boxing in the offseason to maintain quickness and stamina, and to further develop those hand-eye skills.

The UCLA’s football department has also provided martial arts training for their athletes:

At first glance, baseball and martial arts might seem like the least likely marriage of disciplines, but there’s a solid case to be made for the benefits of cross-training for both the professional and recreational participating in America’s pastime. Writer and baseball coach Doug Dammeier is a firm believer in Ancient Okinawa Martial Arts for their ability to improve your hitting skills. Pitcher Troy Rallings has gone so far as to argue that baseball can be considered its own martial art (“The concept behind the martial arts is constant improvement of the self and discipline and moving in the right way,’’ he told the Seattle Times in 2016).

Perhaps the most famous example of successful baseball/martial arts cross-training, though, is current Blue Jays catcher Russell Martin, who uses non-contact MMA to improve his fitness. “What I do is power endurance, high-intensity, high-speed circuits involving lots of kicking and punching. I don’t do any mat grappling and I haven’t sparred with anybody. It’s dangerous and I don’t want to risk getting hurt. I signed a contract to play baseball,” Martin told Men’s Fitness about his training regimen.”What I’ve gained the most from MMA that applies to baseball is balance—using both sides of my body more. Baseball can be so one-dimensional, unless you’re a switch hitter; for me, it was always right-handed repetition—throwing the ball right-handed, hitting the ball from the right side. I felt like there was an imbalance in my body, and MMA training, with the [bilateral] kicking and punching, counteracts that. I’ve always been pretty agile and quick—my best assets as a catcher. I have more control and my core is so much stronger. It has helped me defensively as a catcher, no question. My hips are looser, I’m more flexible, and it’s easier to move side-to-side.”

The relationship between professional basketball dates back to the days when legend Kareem Abdul-Jabbar starting taking Jeet Kune Do lessons from Bruce Lee himself.  “He was a very demanding teacher,” Abdul-Jabbar told the IKF of his good friend and instructor in a 1988 interview. He would get frustrated with many of his students because he was in the greatest possible physical condition and some of his students were not. If you were not in top shape you could not keep up.”

Although the star stopped training after Lee’s untimely death – he admitted that no other instructor could motivated him like his exacting and charismatic friend had – Abdul-Jabbar said that he considered himself well-trained thanks to Lee’s teachings.

More recently, Kobe Bryant turned to Jeet Kune Do to improve his speed and physical and mental fitness. Other players have found success in other martial arts as well, like Shaquille O’Neal, who has trained in boxing, Muay Thai, and Jiu-Jitsu. And Great Britain’s star player Andrew Sullivan, who has used Brazilian Jiu-Jitsu to improve his health, gain muscle, and extend his career. “Within six weeks there was a noticeable difference,” Sullivan told The Mirror in 2010 “I felt a lot stronger and had more endurance on the court.”

He’s also competed in BJJ for fun on the side.

Given that fighting plays at least some role in the sport itself, the connection between hockey and combat isn’t particularly surprising. Some players, like Steve Bossé and former NHL-er Donald Brashear, have even made the move from high-level hockey to mixed martial arts fights. But even those who don’t jump to an entirely different professional sport can also benefit from martial arts training – and not just for the fighting skills it provides, either. Striking sports like boxing and Muay Thai can be great sources of balance training, which is always helpful for a game performed on ice skates. According to goalie Robin Lehner, MMA training has also helped him perform in the net. “I feel like it correlates a lot to what I do on the ice, moving with my feet at the same time as being able to move my arms and have my focus on something with my eyes,” Lehner told NHL.com. “At the same time, you build explosiveness. I feel like it is one of the most complete workouts you can do, because you connect all the muscles in your body and you also have coordination and timing and reads; exactly what we do on a day-to-day basis as a goalie.”

Do you participate in sports outside of martial arts? Do you think your training has made you a better player? Let us know in the comments!

And check out our online store for all of your cross-training needs!