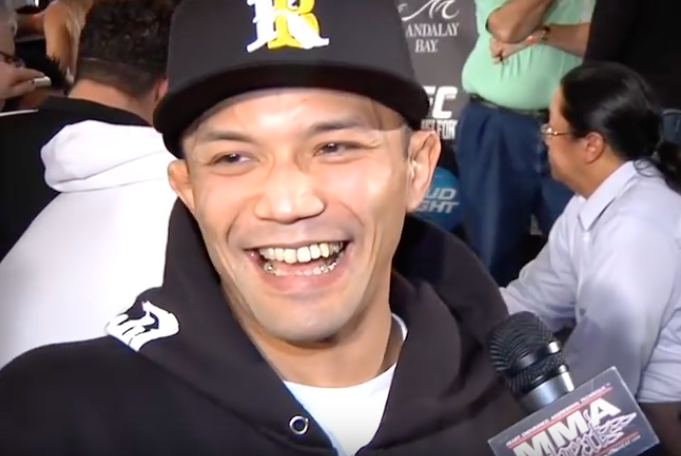 The martial arts world lost an important star and role model this month. On September 18, MMA legend Norifumi “Kid” Yamamoto passed away at the age of 41, less than a month after he’d shared his cancer diagnosis with fans on his official Instagram account.

We at the AWMA blog were very saddened to hear about Yamamoto’s untimely passing. In addition to being a fan of his work, this blogger has long been impressed by what we’ve heard about him as a person. Some of our most prized training partners and mentors had the pleasure of training with Kid during the ‘00s and always spoke highly of his talent, his mind for MMA, and his teamwork. “When I met Kid he was considered one of the best in the world,” boxing and Muay Thai coach Evan Boris tweeted. “He was the first after every practice to grab the mop!”

So we’d like to dedicate this week’s blog to the life and legacy of Norifumi “Kid” Yamamoto.

Born on March 15, 1977 in Kawasaki, Japan, Kid Yamamoto was, in fact, the kid of Yamamoto family. He was the youngest son in a storied line of wrestlers. His father, Ikuei Yamamoto, represented their country in the 1972 Olympics. His older sisters, Miyuu and Seiko, are both highly decorated freestyle wrestlers. (The tradition is now continuing with the next generation. Miyu Yamamoto actually fought on the same MMA card as her then 19-year-old son, Asen Yamamoto, two years ago.)

Yamamoto began his martial arts career in the family business, moving to Arizona in high school to train with Olympic silver medalist Townsend Saunders, and he won three state titles during his time there. He studied law during his youth, and earned his BA, but admits that he never seriously considered it as a career option. “I’ve always been a fighter. I thought about becoming a lawyer, but didn’t have to think too much,” he told the UFC.

It was one of his sibling’s influence that eventually set him on his path as a martial artist. “My sister gave me a mixed martial arts video when I was 24, and I when I saw fights of my weight class, I thought ‘I’m much stronger than these guys.’ At that moment, I decided to quit wrestling and my mixed martial arts career began.”

(At least that’s what Yamamoto would tell the UFC for his official profile. There is another version of Kid’s origin story, though: “The legend goes that Kid first got into MMA when his then-brother-in-law Enson Inoue, a Hawaiian MMA pioneer, helped him get out of a jam with yakuza after Kid accidentally shot a mafioso in the face with a BB gun,” Deadspin‘s Patrick Redford writes. “Inoue is one of the most notable heavyweights from the early days of MMA, and he helped turn Kid into a bona fide star. MMA in the early 2000s was the wild wild west, and Kid was one of the most legitimizing forces for the sport in Japan, as it slowly turned from a strange rigged spectacle into a real sport.”)

Yamamoto made his professional MMA debut at Shooto: To The Top 2 on March 2, 2001, earning a unanimous decision  over Masato Shiozawa. That auspicious start led to a pair of knockout victories over Masashi Kameda and Hideki Kadowaki that same year. Consistently competing against much larger opponents, the 5’3” and 141 pound Yamamoto dominated fights in both the featherweight and lightweight divisions, in Shooto, Hero’s, and K1 over the next six years. He earned high profile victories over stars like Royler Gracie and Bibiano Fernandes and set a new record for the fastest finish in MMA with his 4 second flying knee knockout over Kazuyuki Miyata (that record was tied by Duane Ludwig in late 2011).

In 2007, Yamamoto announced that he would be taking an indefinite leave of absence from MMA to pursue a new dream with an old set of skills: he wanted to win a gold medal in freestyle wrestling at the 2008 Olympics. He retired after his TKO victory over Rani Yahya at the K-1 Premium 2007 Dynamite!! New Year’s Eve show with an impressive 17-1 record.

“His attempt to fulfill his father’s dream was a major mainstream sports story in Japan, and brought a level of attention to amateur wrestling that the sport has rarely received in Japan,” MMA Fighting’s Dave Meltzer writes of Yamamoto’s Olympic bid. “But while competing in the 60 kilogram (132-pound) weight class, he suffered a dislocated elbow after being thrown by Kenji Inoue — who had won a bronze medal in the 2004 Olympics — in the Olympic qualifying tournament. Yamamoto later needed reconstructive surgery for a torn ACL.”

Yamamoto returned to MMA the next year, but got off to a rocky start with two decision losses. After avenging himself with a knockout victory over Federico Lopez at Dream 14 in 2010, though, he went on to sign with the UFC.

“I see the UFC as the world’s best league for mixed martial arts fighters, so fighting in the UFC means a lot to me,” he told the promotion at the time. “I want to see how far I can go, especially since my class (135lbs) has just been established. I feel this is my one and only time to really challenge myself in this world.”

Unfortunately, whether it was due to injuries, time, or some combination of other factors, Yamamoto was never able to regain the awe-inspiring domination of his early career. After three straight losses in the UFC, Yamamoto ended his professional career with a No Contest against Roman Salazar at UFC 184 and a record of 18–6 (2).

Despite its less than perfect ending, Yamamoto’s career remains one of the most impressive in MMA history and his legacy as a fighter, a public figure, and an influence on the next generation is undeniable. Kid was one of the greatest pound for pound fighters in the dawn of a golden era for MMA. He was a star in Japan and around the world. And his influence both in and out of the cage will be seen in the best and brightest fighters for years to come. Norifumi “Kid” Yamamoto is gone, but he will never be forgotten.