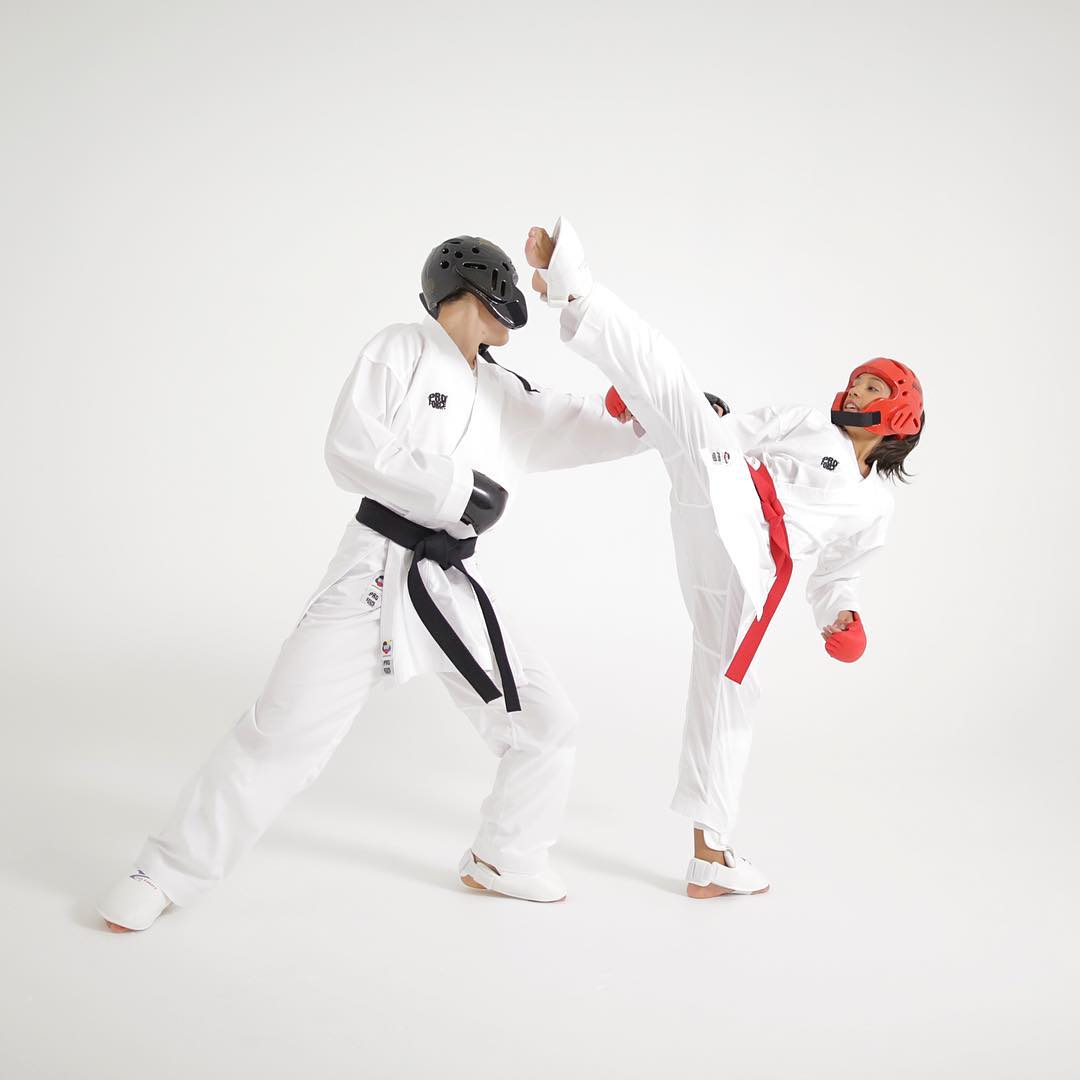 What martial arts supplies will you need for your first training session?

If you’re about to begin your martial arts journey and are wondering what you’ll need to bring to your first ever class, you’ve come to the right place. As experts in martial arts gear and as a martial arts supply store that offers Karate sparring gear wholesale, martial arts uniforms, and much more, we’ve helped thousands of new students select their first pieces of training gear. And we’ve got everything you’ll need to get you started.

It’s always best to double-check with your instructor or a gym representative to see exactly what your school would like their brand new students to bring along, but here’s a list of martial arts supplies and sparring gear that most beginner martial arts lessons will require:

Most gyms will have a few sets of loaner uniforms on hand for people taking trial lessons. But if you’re not comfortable wearing shared martial arts gear — or if you’re really eager to start building your martial arts gear collection right away — you’ll want to purchase a martial arts uniform of your own.

What type of uniform you will need depends on what type of martial art you’re training. Most martial arts that involve uniforms will have their own type of outfit that has specifically been designed and evolved to meet the needs of the discipline. Karate, for example, has a Karate uniform. Kung Fu has a Kung Fu uniform. Brazilian Jiu-Jitsu and judo have their own takes on the gi. Depending on where you train, though, there might be some leeway or crossover in what uniforms are considered appropriate. Some Taekwondo students can train in Karate uniforms. BJJ beginners with a judo background can often be found training in the jJudo gis. In any case, it’s best to consult with your instructors and your gym to see what their rules and recommendations are before investing in your first martial arts uniform.

A large percentage of martial arts use some form of grading system, and most of those are represented in belts. While each martial art has its own variation on the progression of colors that represent each rank and each step in your progress as a student, almost all of them start with white. If you’re training in a martial art with a belt grading system — including Karate, Taekwondo, Brazilian Jiu-Jitsu, and Judo — you will need a white belt to represent the very beginning of your journey as a student in your new martial art.

Much like uniforms, some martial arts belts are made to withstand the specific demands of their discipline — BJJ belts, for example, are often thicker than Karate belts — so it’s wise to ask your gym about this as well before making your purchase. 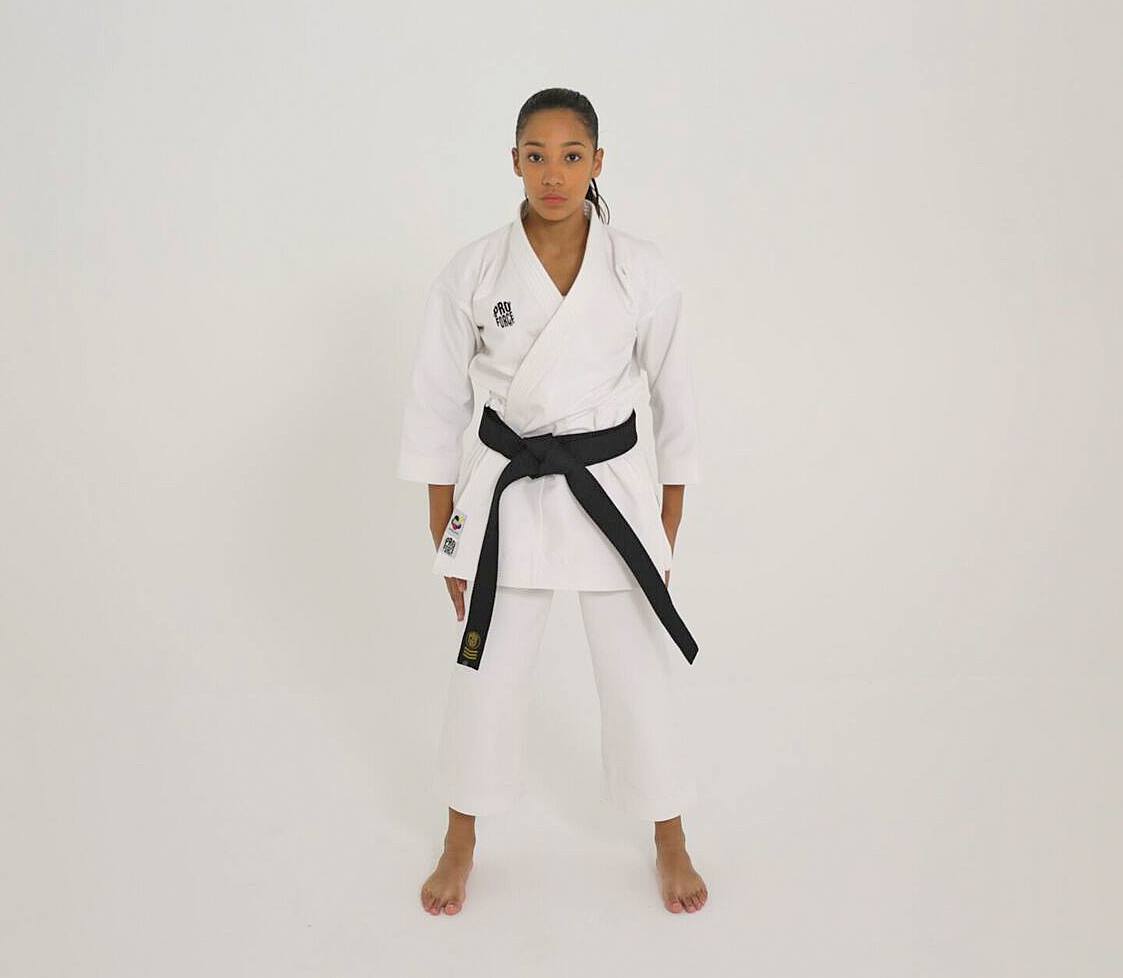 It’s highly unlikely that you’ll be doing any serious contact sparring in your first martial arts lesson(s). No good gym will throw a rookie into hard sparring before they’re properly trained, prepared, and equipped to handle the situation as safely as possible. But even no-contact training, bag and pad training, and the kind of light sparring that occurs in grappling-based arts like BJJ come with some risks. From day one, a smart martial artist trains with protective and/or sparring gear. You might not need a full set of Karate sparring gear for your first class, but you’ll want to invest in a mouth guard to protect your teeth and jaw and a groin protector if needed. As you advance in your training, you can start to look into purchasing other sparring gear like head gear, shin guards, and chest protectors and other protective equipment to keep you safe during sparring and competition.

For many striking arts, like boxing and Muay Thai, you’ll also need a pair of gloves (and a pair of handwraps to keep your hands and wrists supported and protected while you train). Most gyms will have a few pairs of gloves on hand for beginners, so you don’t necessarily need to commit to purchasing a pair of your own right away. But they probably won’t smell the best. So if you’d be more comfortable with your own gloves and sparring gear, you will probably want to invest in a pair before your first class.

You don’t have to do any research before you step onto the mats or into the ring for the first time. But if you’re the type of person who feels more comfortable trying new things once you’ve got a more clear idea of what you might be getting into, you can help to psychologically prepare yourself for your new martial arts journey by investing in some martial arts DVDs or books. Think of it as a type of mental sparring gear to help get you in the right frame of mind!