W. Kamau Bell And The Ongoing Influence of Bruce Lee On Modern Culture 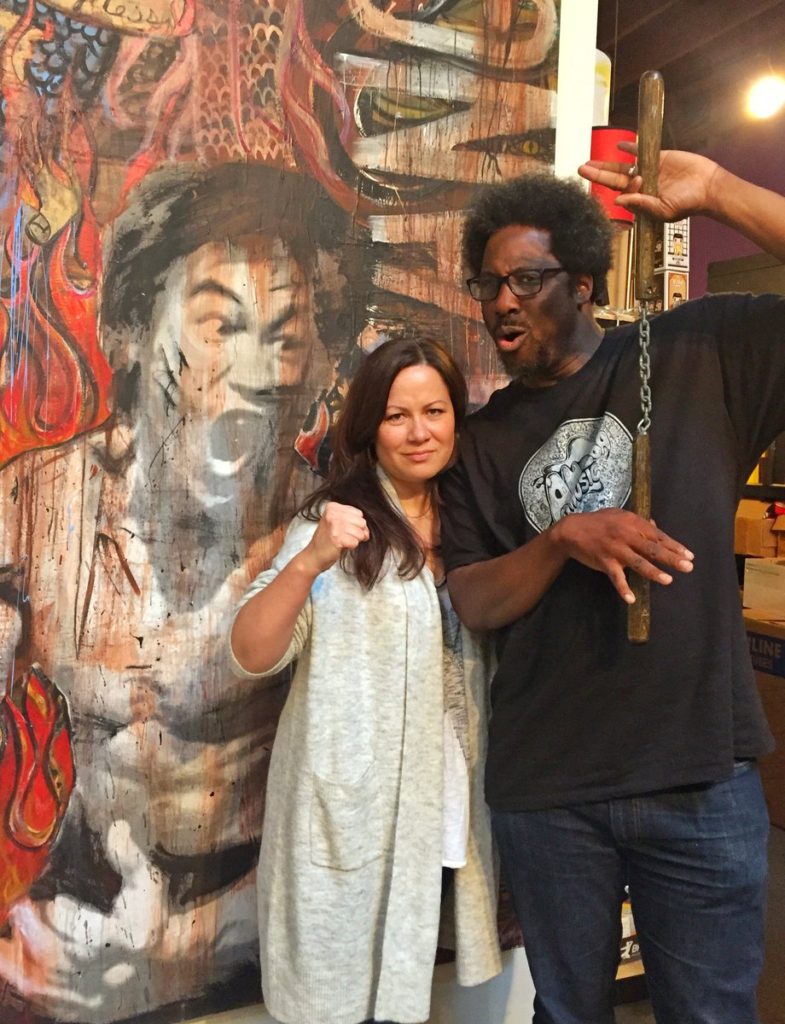 When W. Kamau Bell participated in The A.V. Club’s beloved 11 Questions feature in 2016, the first question was “What’s a question you wish an interviewer would ask you?”

His reply? “Why were you such a big fan of Bruce Lee when you were in high school?”

So The A.V. Club finally asked the standup comic and TV personality. And his answer was a thoughtful and fascinating look into the powerful influence that Lee has had on multiple generations of people from all walks of life.

“When I was in high school, I was a scrawny, unpopular, uncoordinated kid, and I also was just living with my mom because my dad lived in Alabama. I was a big fan of kung fu Sunday movies, like every town had like kung fu Saturday or Black Belt Sunday where they would play old school Hong Kong kung fu movies on TV. When I finally stumbled onto Bruce Lee, who was like the leader and the guy who sort of spawned that whole thing, it was like I found a surrogate dad.

“Every Bruce Lee movie is about a guy who feels like he doesn’t belong and feels uncool and doesn’t want people to push him around, and I felt very pushed around. Finally he’s like, ‘Okay I’m going to finally fight,’ and he spends the next hour killing everybody. So I walked around with a lot of closeted anger feeling like, ‘please don’t make me fight,’ but Bruce Lee made me feel like if I did fight I’d have to kill everybody. Then I took a lot of martial arts because of my fandom of Bruce Lee.

“So he was like my surrogate dad so when I was in high school […] Bruce Lee is the best. Now Bruce gets a lot of respect from T-shirts, but back then I had to go to Chinatown to get iron-ons put on white T-shirts because he wasn’t a big deal yet.”

Since that interview, a few more people have started to ask Bell about Lee. Most recently, the group asking was the Wing Luke Museum of the Asian Pacific American Experience, who invited Bell to record a welcome video for the latest instalment in their ongoing Bruce Lee exhibit, which opens next month.

Here’s some video footage of a previous incarnation of that exhibit:

“I’m aware that somebody is going to walk into the Wing Luke and see my face talking about Bruce Lee whether they’re Chinese or Asian or some other race and go, What is he doing here?“ Bell told Crosscut about his work with the exhibit. “But I’m also aware that Bruce Lee probably wouldn’t have had a problem with it. Because his first student was a black dude named Jesse Glover. I feel like I’m living the lessons that I’ve learned from Bruce Lee by being here right now because I feel like I am an advocate for Bruce Lee.”

The lessons that Bell himself learned from Lee began with martial arts. As a result of the star’s influence, a young Bell took up Tae Kwon Do. “I had a green belt at one point, but it’s been quite a long time since I took a tae kwon do class. I guess you could say, ‘W. Kamau Bell is a green belt in tae kwon do,’ which is like the third belt. It’s like white belt, yellow belt, green belt. So I feel like I can claim my green-belt status without seeing if somebody is going to fight me,” he told The A.V. Club.

He also took up Kung Fu, and thought that he might become a martial arts instructor one day. Even when he moved past that dream, though, Lee remained an important influence on his life and work. Some of these influences have been fairly straightforward. Bell told The Seattle Times that “Humor is about self-defense in the same way kung fu is,” for example. But there are also more abstract and philosophical ways in which Lee has had an impact.

Bell’s favorite part of the new exhibit, for example, are pieces of Lee’s handwriting. “A paper with his very neat and practiced penmanship,” he told Crosscut. “And then to see notes and things scratched out and things written in the margins. You’re seeing how his brain was working in real time.”

My good friend @wkamaubell and I filmed a very special interview this week for the new Bruce Lee exhibit in Seattle. Year 3 closes this weekend. The new exhibit opens on March 9th. Thanks to the @bruceleefoundation and @winglukemuseum for creating such an awesome Bruce Lee experience. Hands up who has visited the exhibit? #BruceLee #WingLuke #Exhibit #KamauBell

Bell believes that, beyond the massive appeal of Lee’s body of work as a martial artist and actor, it is his philosophy that will most resonate with future generations. “The more he is presented as a thinker the more his legacy will persist,” Bell told The Seattle Times.

Bell, who hosts a CNN show called United Shades of America, which explores the USA in all of its diversity, also believes that Lee’s work as a member of the Seattle community will appeal to people. Previous visits to Seattle —where he had the pleasure of meeting former acquaintances of Lee’s — and previous visits to different incarnations of the Lee exhibit at Wing Luke Museum of the Asian Pacific American Experience opened his eyes to the importance of Lee’s role as someone who lived and thrived in America for large period of his life. And that’s something he hopes that more people will appreciate. “His story is a part of the larger Chinese immigrant story, and you can see that in the museum. We all need to know each other’s stories in this country.”

Are you excited about this new Bruce Lee exhibit? How has the martial arts legend influenced your life outside of your own training? Let us know in the comments!

And check out our online store. If you’re looking to learn more about Bruce Lee’s philosophy, we’ve got you covered.