THE ESSENCE OF LETTING GO

Confrontations are something we have to deal with on a daily basis. Somebody says something to us. We say something back. 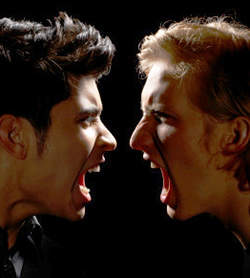 The problem with confrontations is that we always have a feeling that we are in the right and whomever it is that’s fighting with us is wrong.

This is just the way our system deals with defense. It must feel like it’s doing the right thing. It has to do that in order to be effective. So it doesn’t matter if we’re wrong or right, we must convince ourselves to be right.

From this position of correctness, then we can act. 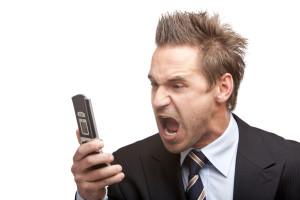 It’s a little project of mine to try and deal with these situations in some way that’s effective. When I was young, my mother kept telling me to count to ten before answering. As an adult people tell you to wait till the next day before you answer that email.

The problem is anger doesn’t necessarily subside with time. Sometimes it gets worse.

We have to find a way to effectively diffuse anger. Of course, this is not easy. Actually, it’s sometimes impossible.

Many meditation techniques concentrate on not getting angry at all – on keeping yourself conscious of what’s happening so that you don’t fall into that pattern.

The problem with that, at least for me, is that my anger acts so fast sometimes that I have no chance of catching it before it takes hold. I’m totally outmatched.

The only thing I have in that kind of situation is my rational mind. 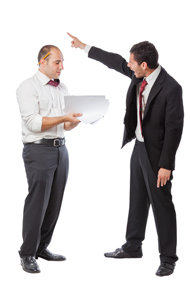 So what I suggest is to go back to the first principle I mention in this article.

In order to get into a fight, we have to think that we are in the right. So what I suggest is to think the opposite.

Let’s assume from the beginning that we are wrong. No matter what, assume that you’ve missed something that makes your opinion less than accurate. Sometimes it turns out to be true, and others it doesn’t. But at least thinking in that way slows down the process and allows you to catch your bearings.

Think that you’re wrong, It may avoid the argument to begin with.

If you later discover that you were right, then it’ll sort itself out eventually and if you were wrong to begin with then you just avoided making a fool out of yourself. 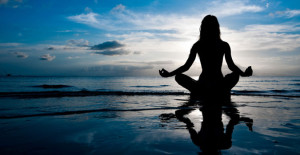