I recently heard Steven Seagal was the representative for Russia’s weapon industry here in the United States. This deal he’s made with the government of his personal friend Vladimir Putin is just another piece of the puzzle when it comes to the controversial figure of the martial artist. 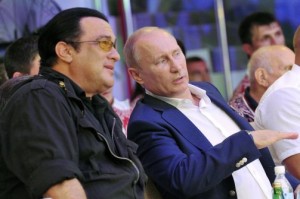 His relationship with the Russian president somehow doesn’t come as much of a shock. Neither does his absolute dedication to being a devout Buddhist teacher and healer. Then again, there’s not much that would shock me once you mention the name Steven Seagal. It’s like I’m immediately transported to a cop-movie set in the 80’s where all cops wear leather jackets and dangle a tooth pick from their mouths…oh and yes, somebody’s about to shoot my partner!

He moved to Japan when he was 17 years old after visiting with his father who was in some U.S. Military business. Seagal had begun studying aikido back in California with Sensei Harry Kiyoshi Ishisaka at the Orange County Aikikai. In Japan he became a student of Koichi Tohei from whom he got his black belt. Segal was the first American to ever run an Aikido dojo in Japan.

This is no easy feat considering how protective the Japanese are of their martial arts. Seagal must have had some serious chops. He currently holds a 7th degree black belt from the Aikikai.

It’s interesting to talk a bit about Aikido as a martial art and some of the controversy that follows it.

It was founded by Morihei Ueshiba and developed out of Jiu-jitsu just like Judo was. Ueshiba took the principles of Jiu-jitsu, simplified them and gave the art a much more spiritual focus.

Aikido endeavors to go with the flow of the attack, never ever meeting force with force.

Ueshiba emphasized harmony and spiritual development over everything else. Aikido contains no actual offensive techniques, which is, I think, absolutely unique in the world of martial arts.

For years, there’s been an ongoing controversy when it comes to Aikido’s effectiveness in a real fight.

I think it’s important that we look at the original purpose. Aikido’s techniques are direct hybrids from those used in the battlefields of medieval Japan. There, you could easily find yourself surrounded by a dozen men holding spears or swords. The techniques are meant to deal with the type of attack that occurs in that situation, basically lounges from different directions and by different attackers. 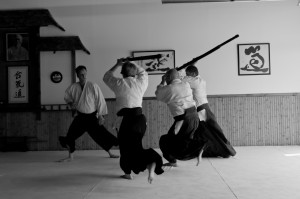 Aikidoka are not prepared to square off with an opponent in the ring and start exchanging blows. The art is not constructed for that. There aren’t even blows in Aikido.

But when doing what it’s supposed to do and when wielded by a master practitioner, it can be quite effective. 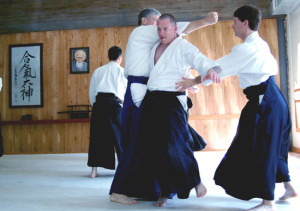 “Master practitioner” is a key phrase here. And that’s another disadvantage the art has, its steep learning curve. It takes a while for you to get good at it. Not an uncommon trait with internal styles such as Aikido. The principles are more complex and harder to teach. Add to that the fact you’re dealing with a purely defensive art. The margin for error is miniscule.

When he moved back to California he started teaching celebrities, including Sean Connery, Roger Moore and high power agent Michael Ovitz. 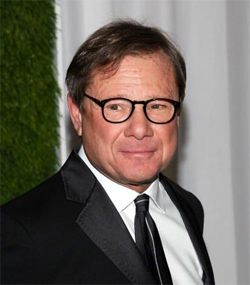 Ovitz got Seagal his first audition which came in the form of a demonstration. The studio executives were so impressed they signed him to a movie deal right away.

I can see why. Back then he was impressive. Look at the fight scenes from his first few movies and you’ll see. He makes those dudes fly.

Seagal made four or five successful flicks in Hollywood, then moved on to straight to DVD releases. 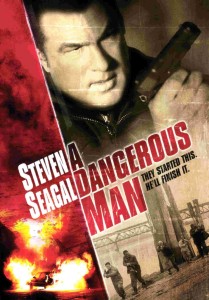 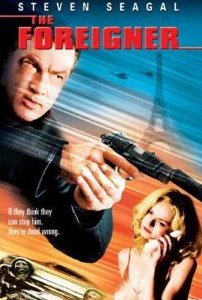 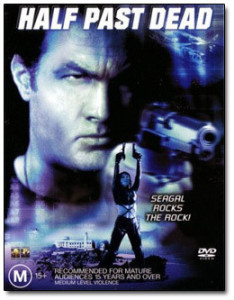 Every step of the way he seems to be getting further and further from the principles that made him a powerful martial artist to begin with. You can see that simply because martial arts sequences are getting more and more de-emphazised in his movies. Gunplay has risen.

In recent years Seagal has been seen training with some of MMA’s elite including Anderson Silva and Lyoto Machida. These are serious fighters, men not to be taken lightly. So the question remains: Is Steven Seagal still a force to be reckoned with? 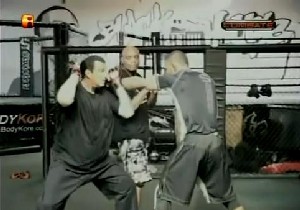 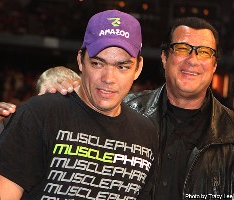 I’ll be honest, when you look at the video, it seems to me these two guys are humoring him a little bit. They’re listening to him as a senior martial artist and being very respectful. Which speaks volumes of their character but it really doesn’t show me much about Seagal’s skill.

Seagal then went on The Jimmy Kimmel show and claimed he had taught Silva and Machida the front kick they both used to defeat opponents in the octagon. The story seemed almost plausible since the kick is such an uncommon maneuver for the UFC. It did sound like something right out of a movie. But anybody that knows the background of these two men knows the claims are preposterous. Both Lyoto and Anderson knew about front kicks way before Seagal came into the picture. Both men hold multiple black belts. 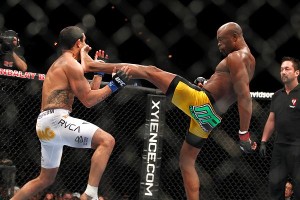 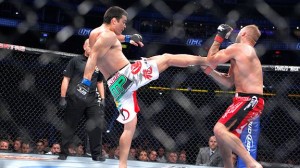 Seagal continues to make the news on a regular basis. His latest is a reality show where he actually performs as a deputy sheriff and is once again forced to put his skills to the test. This is no surprise being the self promoter that he is.

His relationship with Putin, that supposedly came about through Putin’s love of martial arts (Or rather his love of winning.), is really the latest in a long line of stunts.

In the only video I’ve seen of Putin doing judo, it’s obvious his opponents are letting him have his way. If they’re that compliant, hell, my grandmother could go in and throw some of them around. Anyway, I don’t blame them. I wouldn’t want to get on Putin’s bad side.

That aside, I wish Seagal could step away from his movie life and get back to some of the principles I’m sure he learned from Koichi Tohei. I wish he’d go back to the gi and to rediscovering some of the stuff that made him great in the first place. It would get him away from this Hollywood tough guy persona he seems to trapped in. It really would.