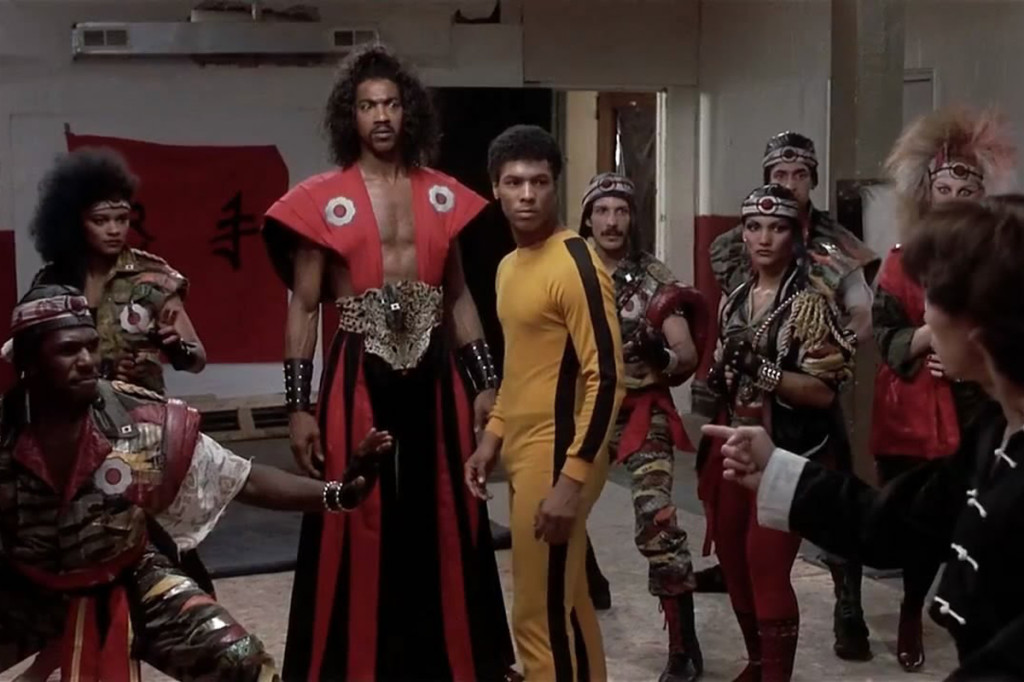 Three decades ago, Motown luminary Berry Gordy produced The Last Dragon, a film that followed the quest of a Bruce Lee-worshipping martial artist named Leroy Green and a love story in which arcade moguls, TV hosts, and singers tried to navigate the music industry. This music/martial arts hybrid wasn’t particularly successful when it was released in 1985 (although, as the hosts of the popular podcast How Did This Get Made? in their hilarious but not safe for work look at the flick, it was the 33rd most successful film to be released that year), but it quickly became a cult classic that is still adored today.

Now Leroy Green (aka Bruce Leroy) is poised to return thanks to a new crowdfunding campaign by the man who played him in the original film.

Taimak Guarriello (whose stage name is simply Taimak), the martial artist and actor who played Bruce Leroy in The Last Dragon, has co-written a script that would see him revisit his iconic breakthrough role. And he needs his fans to help him make Master a reality.

Last month, Taimak launched an Indiegogo campaign to raise $75,000 to “produce a proof-of-concept trailer to be filmed on location in Asia, featuring an international cast of actors and martial artists.” With 15 days to go, he’s about a fifth of his way to reaching his flexible goal (meaning that the campaign will still receive all of the funds pledged to it during this period, regardless of the end result).

If funded, Master will take Bruce Leroy on a whole new adventure. While The Last Dragon saw him pursuing his craft as a martial artist in search of a power called “The Glow” – and, most famously, facing off against another powerful martial artist Sho’nuff – in what was then modern day Harlem, the follow-up will see the martial artist returning to his roots in a very different setting.

Here’s the Indiegogo description of the film: “Set in ancient China, Master is a martial arts adventure that tells the tale of a reluctant warrior (Taimak) who embarks on an epic journey of vengeance and self-discovery. Co-written by Taimak, the film’s story centers around a Persian-African soldier on a quest to avenge the murder of his adopted Chinese family. Hunted by a band of ruthless assassins, our hero must battle unknown forces while trying to uncover the truth about his past.”

“Inspired by the Shaw Brothers classics of the 1970s and the works of Akira Kurosawa and Sergio Leone, Master will go back to the roots of classic martial arts cinema – no fight doubles, no unnecessary CGI and absolutely no ‘shaky cam’.”

Unfortunately, Sho’nuff, “The Shogun of Harlem,” will not be reprising his role as actor Julius John Carry III  sadly passed away in 2008.

This film is a combination of two of Taimak’s lifelong passions: film and martial arts. According to his now defunct official website (archived on The Wayback Machine), he met iconic filmmakers like Federico Fellini and Vincent Minelli during his childhood years in Europe, and started to take martial arts more seriously when his family returned to New York. The year before he was cast in The Last Dragon, he won the New York State kickboxing championships. Taimak continues to train in a number of martial arts, including Karate, Jeet Kune Do, Whing Chun, Taekwondo, and Brazilian Jiu-Jitsu. He’s also worked as a fitness professional, and even officiated fights at UFC 6 and UFC 7. (In his book, Let’s Get It On: The Making of MMA and Its Ultimate Referee, Big John McCarthy theorized that Taimak didn’t have the taste for the more violent elements involved in reffing MMA to pursue a career in the Octagon beyond that.) In addition to all of the above, he’s continued to pursue meaningful opportunities on both sides of the camera.

According to Taimak himself, “the story of Master is one I’ve been trying to tell my whole life, as both a martial artist and an actor. Like Bruce Lee, I believe martial arts films should be about martial arts – not just the fighting and combat but also the philosophy and spirituality. The Last Dragon achieved this balance brilliantly and I’ve spent many years trying to find a worthy follow-up. Similar to my character in that film, I realized the answer came from within.”

If you’d like to help Taimak realize his dream, pledges start at $5 and perks range from “a special place in our hearts” and a thank you in the credits ($10) to an executive producer credit ($5000). FaceTime and training sessions with Taimak himself are also available.

And if you’re hoping for even more new content from the Last Dragon universe, we have mixed news for you. There was a remake of the film in the works around 2008, with Samuel L Jackson slated to take on the iconic Sho’Nuff role and the Shaw Brothers-worshipping RZA of the Wu-Tang clan producing. As of 2014, there were no new developments on that front, though. According to the How Did This Get Made? podcast, there is another possibility that could be in the works. The Last Dragon, they report, was originally conceived of as a Broadway musical, and the original screenwriter, who has maintained the rights to the property, is still interested in making this happen.

In the meantime, though, it looks like our best shot is with Taimak and Master. Let’s hope that he finds The Glow/the funding that he needs to continue.

Are you excited about Master? Would you like to see more Last Dragon-inspired entertainment in the world? Let us know in the comments! And be sure to check out our online store. If you’re in pursuit of your own Glow, we’ve got all of the martial arts equipment you’ll need to become the next Bruce Lee (or Bruce Leroy).