WHAT WE CAN’T SEE

I went to recently to a talk with wildlife photographer Amos Nachoum. His photographs are out of this world. He takes shots of great whites, blue whales, Nile crocodiles, leopard seals, polar bears. Every dangerous creature imaginable. 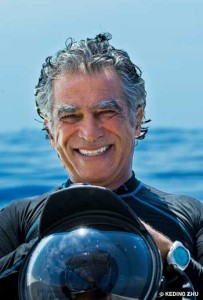 He’s able to get really close to these predators and photograph them. The amount of skill and experience that it takes to do this safely is considerable.

Nachoum now takes small groups of people all around the world to photograph these animals.

His record of safety is immaculate. How does he do this? 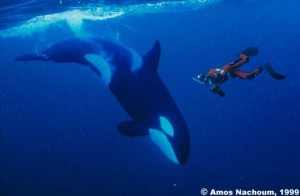 How does he get people at touching distance from a great white and make sure they’re safe? 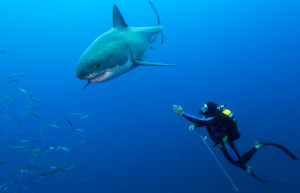 He’s spent quite some time talking about this. It was fascinating.

First he talked about knowing the behavior of the animal. For example: great whites feed in the early morning or late afternoon. The angle of the sun on the water makes it easier for them to spot their prey on the surface and almost impossible for their prey to see them.

Isn’t that incredible? Such a simple fact and yet most people ignore this fact. Surfers tend to go out early in the morning to surf and therefore run a higher risk of being attacked.

The other element he talked about was becoming tuned into he animal’s mood.  He can tell when they feel threatened and are about to attack. He can sense it. 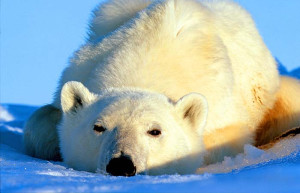 Nachoum talked about how predators are ultimately concerned with their own safety and will rarely attack a prey right away. There’s usually a testing period, when the predator makes sure that they won’t get hurt.

This sensing when the predator feels threatened was something that interested me.

This is very similar to when, in martial arts, you can sense when an opponent is about to attack you. I know it sounds unscientific but it’s very real. This type of awareness is taught at all self defense classes. You have to keep your senses open and you can tell when somebody’s negative energy is being directed against you.

I remember being in the Model UN Club in high school. Part of the competition had to do with raising your placard before anybody else in order to ask a question. The moderator would bang the underside of his desk to signal for delegates to do this. Whomever did it first got the question. 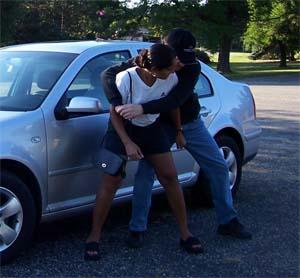 I could always do it before anybody else. I’m not kidding. In a session with twenty or so of these placard raising maneuvers, I scored 100%. That’s not luck. Yes it had to do with speed but there was something else.

I remember looking into the eyes of the moderator, and even though I could not see his hand, I could always tell when he was about to hit the desk. It was just a split second of recognition but that was all the advantage I needed. 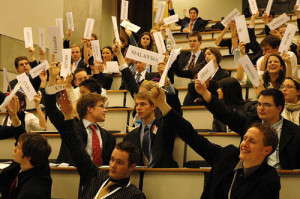 Years later, when I was competing in Chi Sao for the National Tournament I remember being able to sense my opponents hands even without having to look. I would practice sometimes with my eyes closed or blindfolded. 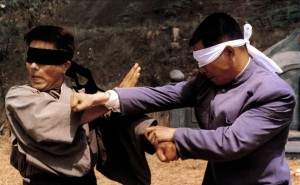 There’s a dimension to threat that is perceived by something other than your senses. It’s a very real dimension and sometimes it can be the difference between escape and actually getting hit.

Tell us your experiences with this unseen dimension. Leave us a message on our Facebook page.