Should You Train And Compete In Martial Arts When You’re Sick? 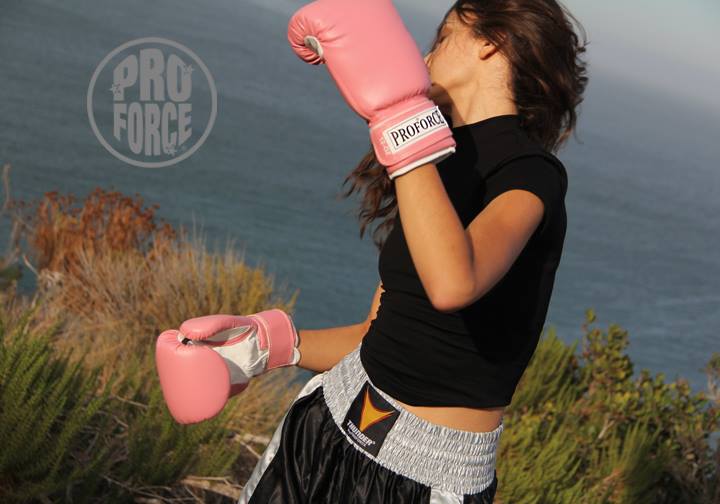 If you train in martial arts – even if you’re a hobbyist who only takes the occasional class – chances are that you’re at least a little tough. Participating in martial arts at any level, whether you’re a casual student or a world-class professional, requires a significant amount of physical and mental strength. Lessons are hard. Competitions are even more demanding. We love mantras like “fall seven times, stand up eight,” and movies about plucky underdogs who overcome harrowing odds to win.

Which makes the issue of rest and recuperation a tricky one for the martial arts community. We might be warriors, but we’re also human beings, which means that we have to figure out the right balance between powering through injuries and illnesses and knowing when to stop. And it’s not always easy to know when you’re not well enough to train – or well enough to compete.

Reigning UFC Women’s Bantamweight Champion Amanda Nunes was faced with that question when she was taken to the hospital on the day that she was supposed to defend her title against Valentina Shevchenko in the main event of UFC 213 last weekend. Although the MMA star was medically cleared to fight that night, she wasn’t feeling well. Should she trust her gut and disappoint thousands of fans across the globe and risk looking like she was scared of her opponent, or not committed enough to MMA? Or should she power through, despite not feeling up to the task, and risk losing her champions ship belt and her health in the process?

Nunes chose the latter, dropping out hours before she was supposed to fight. In a post on her official Twitter account, she later explained that her choice was related to her chronic sinusitis. “”i have fought with it before but this time it didn’t work out, during the weight cut I was unable to breathe and felt off balance from the pressure in my sinus,” she wrote. “I was not feeling well enough to risk getting punched in the head with such pressure.”

Nunes, who was prescribed antibiotics and referred to a specialist on a second visit to the hospital that day, also pointed out that she has never dropped out of a fight before. This was not a decision that she took lightly.

Despite her long-standing history of showing up for fights, many critics – including Shevchenko and UFC Dana White – were quick to condemn the fighter for her choice. Her medical and personal choices have become a debate on her very status as a martial artist.

While few, if any, of us will ever have to make the kind of choices that Nunes made under the kind of pressure that Nunes faced last weekend, chances are that we’ll come up against smaller-scale versions of this conflict at some point in our martial arts careers. So how do we know how sick is too sick to train or compete?

When it comes to training, it’s usually best to proceed with caution if you’re feeling unwell. It’s not just your own health, training, and ego on the line when you’re taking martial arts lessons with other people. You’re also potentially putting their health at risk as well when you show up to the gym while sick.

“Martial Arts Training isn’t like other sports; there’s too much contact to train while sick.  Close contact in Brazilian Jiu-Jitsu (BJJ), Mixed Martial Arts (MMA), and Krav Maga is a given, but you can get someone sick in Muay Thai kickboxing too.  Sweat ends up on your partner from gloves and mitts, and let’s not forget the clinch,” a member of the martial arts-oriented Elite Training Center’s staff wrote in a 2013 blog post. “If you really feel that ‘sweating it out’ is the best thing for your body, go for a run! Nobody likes to miss training, but we promise you that we will be here when you recover. If everyone follows this simple rule then we’ll all be healthier and training more often.”

Your own health should also be a concern when you’re deciding whether to train or compete.

The Marshfield Clinic, a comprehensive health care clinic from Wisconsin, recommends addressing the type of symptoms that you’re experiencing when making the choice.  “’Above the neck’ symptoms, such as runny nose, nasal congestion, sneezing and minor sore throat pain, are typical to the common cold caused by viruses called coronaviruses or rhinoviruses. It is OK to participate with these symptoms, although you may want to consider reducing the intensity and length of your practice session. Note that despite these adjustments, practicing may still make you feel worse,” they write, also noting that some over-the-counter cold medications can pose a health risk if used before exercise. “If you have signs and symptoms ‘below the neck,’ such as chest congestion, hacking cough or upset stomach, you should discontinue play. You also should stop if you have a fever, fatigue or widespread muscle aches. What you may have is the flu, caused by viruses known as Influenza A or Influenza B. Exercising or competing with the flu may lead to a worse infection, such as pneumonia or bronchitis. Contact your doctor if symptoms worsen or do not get any better.”

If you’re looking for a more comprehensive breakdown of what happens to your body when you’re training or competing, and what the risks are of participating in challenging physical activities while ill can be, Precision Nutrition offers an excellent look at the situation here.

Ultimately, though, the decision is up to you. Listen to your body, listen to your conscience, and trust that you’ll know when it’s right to fight through the physical adversity and when it’s time to take a break.

Have you trained or competed while ill? Is it hard to figure out when it’s time to take a break? Let us know in the comments!

And, when you’re feeling well enough to train again, be sure to check out our online store for all of your martial arts needs.