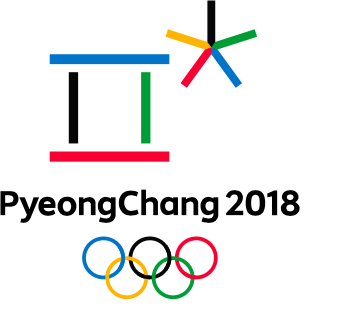 Winter Olympic fever is a complicated thing for a lot of martial arts lovers. Sure, many of us are probably captivated by the death-defying feats routinely exhibited in luge, skeleton, and arial events, and compelled by the artistry of figure skating. Even Mr. T has been swept up by the deceptively addictive charms of curling. But, at the end of the day, most of us are probably busy looking ahead to Tokyo in 2020.

And that’s not just because we have the usual mix of martial arts and combat sports events like boxing, wrestling, judo, and Taekwondo to look forward to. The Tokyo edition of the games will also see the debut of karate as an Olympic sport. Some of our own AWMA-sponsored athletes are currently training hard and working toward earning a spot on the first-ever USA Olympic karate team and we’re counting down the days until we can hopefully see them achieve their dreams.

In the meantime, though, we can always entertain ourselves with the Winter Olympics, which aren’t quite as martial arts-free as you might expect. While there might not be any martial arts-based events in the chillier version of the games, martial arts training has played a vital role in the history of some of its athletes. Let’s take a look at three Olympic athletes currently competing in PyeongChang who have a significant background in martial arts — and how it’s helped them excel in their chosen sports.

Pita Taufatofua, whose shirtless flag-bearing for Tonga went viral during the opening ceremonies, might be relatively new to winter sports, but he’s no Olympic rookie. His Olympic debut was in Taekwondo. After coming close to qualifying for both the 2008 and 2012 summer games, but being thwarted by injuries, Taufatofua finally qualified to compete in Rio in 2016. He was eliminated in the first round of competition, but that wasn’t about to end his Olympic dream. Turning down the movie roles and modelling contracts that he was offered as a result of his appearance at those games, Taufatofua set his sights on cross-country skiing. “After Rio I decided to find the hardest sport possible, because I needed a new challenge, and the hardest sport possible was cross-country skiing,” he explains in his official Olympic bio. In this bio, he goes on to mention that Bruce Lee is his hero.

Having only seen snow a handful of times in his life, Taufatofua practiced on sand. A mere year after taking up his new sport, he qualified for the 2018 games.  “It still feels quite strange actually being here, because it took me 20 years to get to Rio, and just one year to get here,” he told the Olympic news. “It’s just an honour. I mean, how many countries in the Pacific get to go to a Winter Games?”

Taufatofua hasn’t ruled out returning to Taekwondo for 2020, either. “Taekwondo and skiing, now they’re all in my blood,” he said. “I may go for the magic three [in Tokyo]. It’s never been done [by a Tongan] before.”

Canada’s Kim McRae placed a promising 5th at the Sochi games, but personal issues, depression, and other concerns contributed to a less than promising 2014 and 2015 season for the rising luge star. Looking to boost her physical and mental performance in preparation for the 2018 Olympics, she turned to Taekwondo. “I got into taekwondo just to help with co-ordination and overall body awareness,” the athlete told The National Post in 2015. “That’s my biggest issue on the sled, so I wanted to enhance that and make it better.”

Her instructor, Master Seoung Min Rim, told the paper that no one had any idea that she was an Olympian at first, although Rim was quickly impressed by her athletic prowess. Seven months into her martial arts cross-training program, she earned her yellow belt. By October of 2015, she was promoted again. “Master Rim would like to see me in a black belt by 2018,” she said at the time. “But we’ll just slowly progress as we go along.”

For McRae, the psychological benefits of Taekwondo have been even more significant than the physical ones. “It helps a lot. In here, you have to be focused 100 per cent of the time to be able to get the kicks and the punches and everything correct. I still struggle with memory and memorizing things, but I know that it’s slowly getting better and better as we go along here.”

When Japanese team captain Nao Kodaira won the gold medal in the women’s 500 meters in an Olympic record time (36.94 seconds), the highly decorated speed skater credited at least a portion of her success to her training in ancient martial arts. “Ancient martial arts really gave me a sense of myself and a lot of hints about competition,” Kodaira, who is also a silver medalist and the world record holder in the 1000 m race, told The Japan Times. “It has contributed to my racing style. Martial arts have taught me what kind of mind-set I should have.”

Are you enjoying the Winter Olympics? Does martial arts cross-training help you achieve your goals in other areas of your life? Let us know in the comments!

And check out our online store for all of your martial arts training — and cross-training — needs!