I first heard of Wang Shu Jin from Kumar Frantzis’ book The Power of Internal Martial Arts. Kumar’s description of the man seems almost super human. He talks about hitting Wang in all sorts of sensitive places and the Master not feeling a thing. Or if he did feel it, he was able to hide it.

“…he allowed me, after several days of study with him, to strike him with full power anywhere on his body. I put all the force at my command into these strikes, but they might as well have been the blows of a three-year-old. I kicked him in the knees and groin without effect, hit him in the neck and elbowed his ribs.” 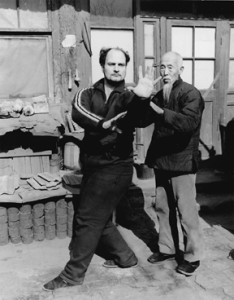 When I read these statements I was immediately taken by the story. I believed him and wondered how somebody could do something like that. Even though I had been in the martial arts for many years already, I had just started studying an internal art called Wu Mei Pai. I was eager to believe these things were possible and within my reach. Tales of the sort were new to me. The world of the internal arts seemed like a magical wonderland where old men defeated entire armies by the power of their “chi” or internal energy. 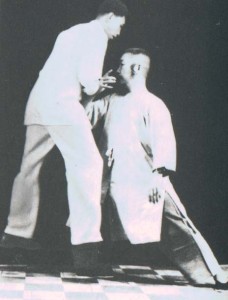 I had just started feeling the effects of chi in my own body and how you can use it to move in particular ways and strike with great force spending little energy yourself. Being able to use that force as a shield didn’t seem that farfetched.

Wang was born in mainland China in 1903. He moved to Taiwan in 1949. He began training with Master Zhang Zhao Dong at the age of 18. To somebody with my limited knowledge of internal styles this seemed fairly late, especially considering I had my first black belt at 18 and had been training already for nine years. At that point, the concept that some individuals are blessed with superior talent, still escaped me. 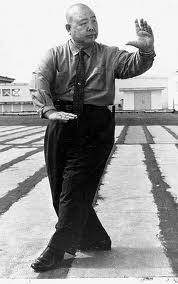 Wang was widely known as one of the best fighters in Asia and continuously accepted challenges in no holds barred fights with anybody willing. As far as I know, he was never defeated.

Wang went to Japan to spread his knowledge of Chinese internal arts and while there fought all sorts of high ranking Karate masters. 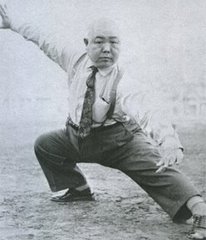 When I first heard the stories I didn’t know what to make of them. I must admit that in my old age I’ve grown a bit skeptical and weary of exaggeration. And martial artists love to exaggerate. I know of people that will tell you a story and pass it along as sure fact, even though they weren’t present at the events to corroborate them or not. They convince themselves that the story is true. I guess people like to be involved almost by osmosis. As if knowing the tale could somehow infuse you with the super human abilities. We just want to be part of the magic, that’s all.

In his book Martial Musings, Robert Smith seems to corroborate some of the tales about Wang especially when the Master went to Japan. 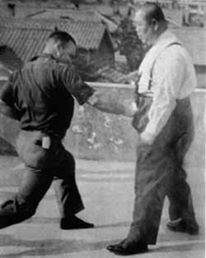 “…Donn (He’s talking about Donn Draeger here.) lived in a rambling house in the Ichigawa section of Tokyo. Big and well made it nevertheless shivered its timbers when Wang Shujin, the neija master, would visit and punch anything anchored…Wang had taken the best that several high ranking Japanese Karate, Kempo and other martial arts experts could offer and hurt the indestructible Jon Bluming with a no inch punch that Bruce Lee would have envied. Bluming tried to get even taking a free hit at Wang’s paunch and only hurt his own wrist.” 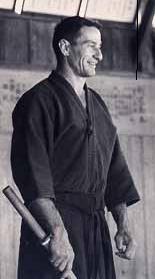 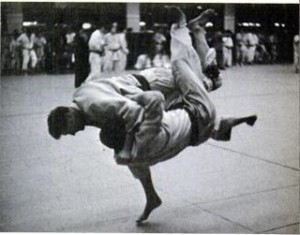 The man looks like he’s punching a sack full of sand. It reminds me of these bags full of rice that you hit to develop iron palm. The fist goes into the belly and then its motion is arrested by the girth.

Here’s one of his demonstrations in Japan.

What impresses me the most is the agility in his legs and how he moves around in those white sneakers, like a teenager bouncing off a skateboard in Union Sq. Park. Mind you, this is a man that’s at least 250 pounds.

Later in the video he does some applications and yes, although the guy he’s handling is considerably smaller than him, when Wang moves his dan tien (or center of the body, where the chi resides) he throws this man like he’s a five year old kid. And Wang’s not even making an effort.

I suppose we’re never going to know for sure where Wang Shu Jin’s story dips into the realm of legend. Legends are a part of everyday life in Chinese culture. Maybe not the belief in them, but certainly the tradition of passing them on. And martial artists love legends. They feed our imagination.

We certainly can’t ignore what the man left behind, some videos and pictures yes, but mostly an army of believers that swear by his skill. Some who experienced it first-hand. 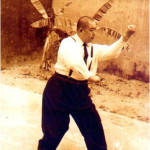 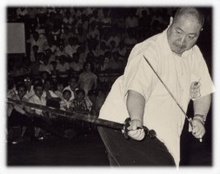 I remain an outside observer, fascinated, in awe and inspired.

I’d like to end with another quote from Martial Musings. In this one Smith quotes from another book by Douglas Chadwick.

“I wouldn’t claim that all elephant stories are true – but with elephants, you don’t need to make up that much.” 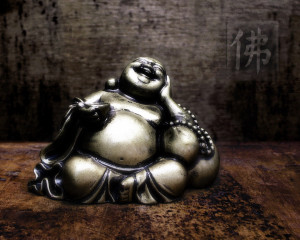